It’s hard breaking into and breaking down American’s strong sense of pop culture and inclusivity. While other countries are embracing our artist and the phrase “World Tour” actually means a world tour, for international artist looking to make a home on American radios and televisions it may be a harder thing to do.

Take the Wonder Girls. They toured with Justin Bieber, Earth Wind and Fire, and The Jonas Brothers. Had their own television movie on Nickelodean and I bet not one person can name any of their English language songs.

JYJ managed to get KANYE FUCKING WEST to produce and feature on one of their songs, Malik Yosef spit a whole poem on the intro and they had Darkchild’s entire production team easing them into the language differences and again, unless you’re a K-POP fan, you wouldn’t know that KANYE WEST was a JYJ fanboy. 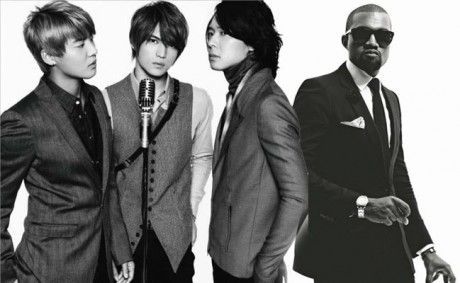