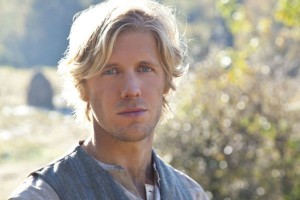 Johnson “Johnse” Hatfield is the true definition of a ain’t shit nigga. You don’t know how Johnse Hatfield is? Do you know who the Hatfield and McCoys are? You’re kidding me, right. 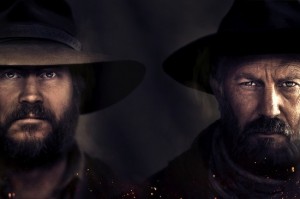 If you aren’t an avid watched of the History channel, you should be, especially if you aren’t familiar with one of the most epic, yet brutal family feud ever fought on American soil. The Hatfield and McCoy feud was a fight that lasted over three decades, (and even longer if you count the actual disdain the two families generally had for each other) claiming lives up and down the W. Virginia / Kentuky border. Centered on a stretch of land called the Tug Fork, the two families began a bloody feud began with the murder of a Union solider on the McCoy side, but escalated over the ownership of a pig. What can I say, pigs were very serious business back then.

But, it didn’t get “good” (and that’s a horrible word to use but nonetheless) until a beauty from the McCoy side fell for a charming Hatfield. 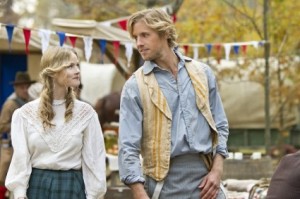 He done gave her “Them Eyes”

Roseanna McCoy was the daughter of the McCoy patriarch Old Ran’l McCoy, while Johnse was the son of the Hatfield patriarch, Devil Anse. Yeah, we’ve got us a modern day Romeo and Juliet, except without the poison, the three day courtship between teenagers, and Leonardo DiCaprio.

Now here is why Johnse ain’t shit. Besides the fact that he was seeing several other women besides Roseanna, after “getting busy” with her, he convinces her to come back to his place, under the guise that he was in love with her and would be marrying her, where she would eventually run across Devil Anse. He, of course, doesn’t like her staying there, she was a McCoy, but his wife did. And because Vicey Hatfield was a smart woman and knew her son was a AIN’T SHIT NIGGA, she put her foot down and told Johnse and Roseanna they couldn’t wed. That led to her going back home, but low and behold, she was pregnant with Johnse’s child. Well, she couldn’t very well stay in a McCoy house while pregnant with a Hatifeld’s child, not in the middle of a feud, so she goes to her Aunt’s house.

While there, Johnse decides that he still wants to “be” with Roseanne and goes to see her. Roseanna’s brother’s wasn’t havent that. Seriously. They tried on SEVERAL occasions to knock Jonhse’s head from his body for using their baby sister the way he was (she was a virgin when she met Johnse, and virginity was a VERY SERIOUS thing). They finally get their hands on him and arrested Johnse, telling Roseanna he had warrants (typical) and they were taking him to jail (when they really was going to drag his sorry ass to the middle of the woods and put a couple hundred bullets in him.) 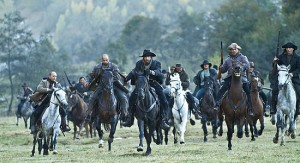 Silly and in love, Roseanna runs to Devil Anse and tells him, thus stopping the execution of Johnse. For his sake, she betrays her family, becomes a black sheep and a traitor for the father of her child. And what does this sorry shifty no good nigga do? Leaves her. Says he’s too scared of the McCoy clan and their attempts on his life to be with her (knowing DAMN well he never actually meant to marry her in the first place).

But I’m not done. After he leaves her, mind you pregnant and alone, he ends up marrying her cousin, Nancy, another McCoy. Guess his bitch ass wasn’t all that scared, huh? 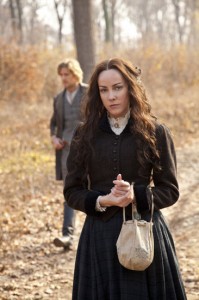 Roseanna contracts the measles, loses the baby. She eventually (after the marriage of Johnse and Nancy) dies of heartbreak.

Now Roseanna was a stupid woman in love, I’ll admit that, falling for a known playboy and going against her family because of her love for him. But I’ll tell you this. This wouldn’t have gone down if they had a Facebook.

Roseanne McCoy sees a good looking Johnse Hatifeld at the voting fair. “He’s cute”, she says as she picks up her phone and looks at his facebook profile.

“Johnson aka Johnse Hatfield is in a relationship with Farlene Willow.”

“Johnson aka Johnse Hatfield is single”

“Johnson aka Johnse Hatfield is in a relationship with Scarlet Jackson”

“We gone be together for 5-five ever”

“Johnson aka Johnse Hatfield is in a relationship with…”

Roseanna heads snaps up from her phone, a disgusted sneer flashing across her pretty lips. “Is this nigga…ah hell nah.” She looks up and see’s Perry Cline at the market set up by the shooting galley, pointing at a fresh baked Ham. She raises her delicate brow in contemplation, appraising him from afar… “He’s kinda cute, old…but cute…”

She looks at Jonhse from over her shoulder as she walks towards Perry, closing her Facebook and forgetting him and her second long attraction to him. 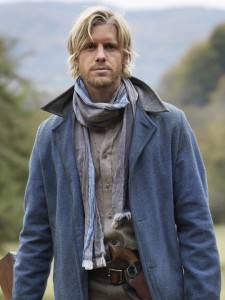