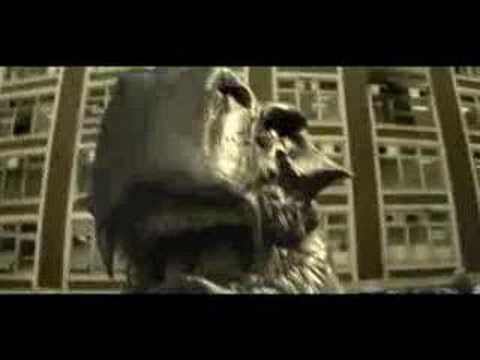 Hear ye, hear ye, all ye harlots and knaves. It’s me again and I was finally able to turn Netflix off, crawl out of bed and actually put on clothes today (this is an accomplishment) to bring you this post. Be glad and rejoice in my productivity.

For starters, I’m pretty old. I’m so old I was at the dedication ceremony for Scott B. 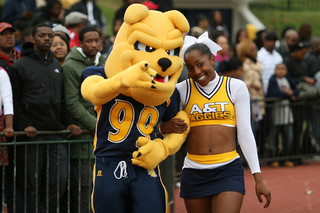 And in all my years I’ve seen some off the wall things. I survived Peety Pablo, Shawty Lo and that Rebecca Black girl, so I am automatically qualified to speak on this. 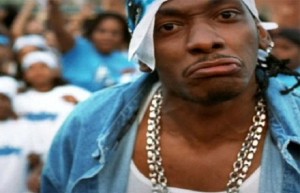 What exactly am I talking about?

WAY BACK WHEN we used to have shows like BET Soul, Midnight Love, Cita’s World, and Hits in The Streets. 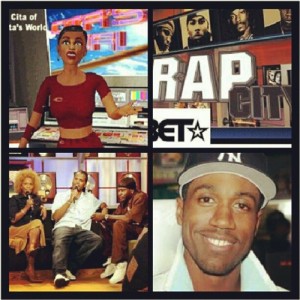 They were shows that would showcase the R&B and Hip Hop songs that MTV refused to play due to a DeFacto Colour Policy they had in place at the time. So through this uber-collecion where we were able to experience good music and awesomely innovative videos, we also had to bear witness to some incredibly atrocious ones as well.

So coming up are 5 Ridiculously Creepy, Crazy, Silly, and just plain DUMB AS HELL videos-slash-songs.

Starting us off in CGI disaster style is a Black Twitter favorite. As soon as this video is mentioned, you’re sure to find some deep heartfelt analytic MOCKERY of it. What is it? It’s Sisqo’s 1999 single “Unleash the Dragon.” 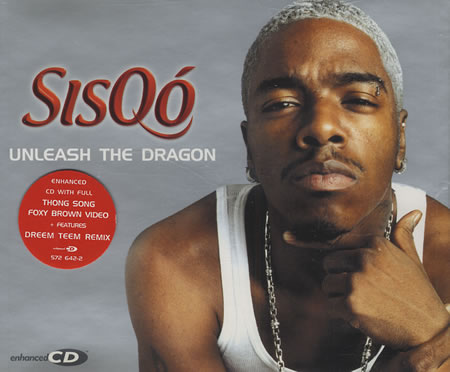 Oh yeah, it’s a seven minute maelstrom of crap. Amongst the other terribly bad things about this video such as the balcony concert with whole stage choreography squeeze onto a itty bitty slab of floating concrete, the stern finger wagging LECTURE he gives a fucking dragon, and that gaudy ass microphone….

…we also get a a Tatiyana Ali appearance(which made sense because…yeah) that spurs some sort of Dragon Ball Z type battle where we get to see Sisqo’s patent leather suit wearing in the summer time ass fight a two story tall WALKING dragon with the help of wire cables. 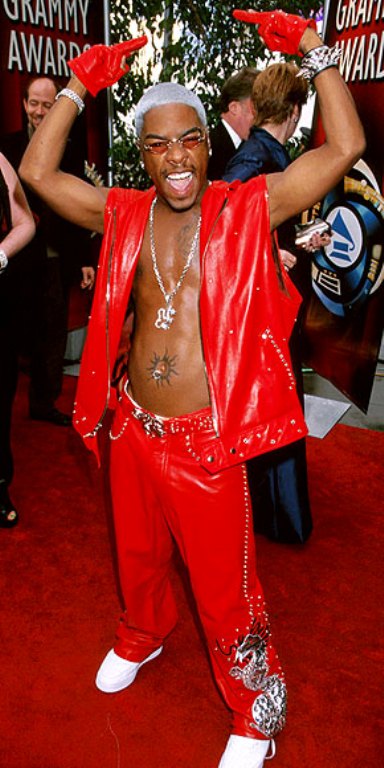 I not sure who green-lit this shit, but I’m sure they are fired by now. The greatest question is, in all of Sisqo’s pop and lock jutsu glory, if he is threatening to release the dragon…then why is he fighting it?

Romance is hard. Love is hard. I mean, I’ve been single since DBSK was still together. 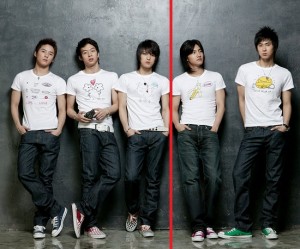 Bah-dah-ting! That was a KPop Joke. A very very very sad one.

So it’s not hard for me to appreciate a song like “Always Be My Baby”, Mariah Carey’s 1999 hit from her 5th studio album Daydream. The song is a classic, everybody knows it and everybody will sing it at a drop of a dime. 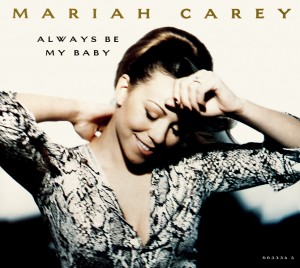 And I think that’s the problem. I don’t think people realize how batshit crazy they sound singing it. “You and I will always be?” I mean…c’mon. If we want to delve into songs that make you sound like THE ex to stay away from lyrics such as

Basically saying that I’m letting you go because I know you’ll be back. With the subtext that if you don’t come back in an timely fashion, I’m coming to get you. 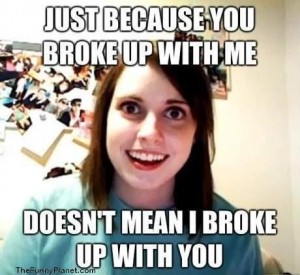 They try to cover up Mariah Carey’s maniacal passive aggressive lyrics with a cutsey campy music video fully equipped with swinging tires, breaking curfew and the possibility of contracting dysentery by kissing under rancid lake water, but WE SEE WHAT’S GOING ON HERE. The ole bait and look. Yeah. We know. We know what’s going to happen if that young man doesn’t come back to you. 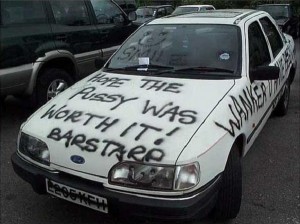 I don’t really why I find this video so funny. But “The Best Man I Can Be” from The Best Man soundtrack was a decent song. Which is why I can’t understand why I laugh so hard. Well I do. 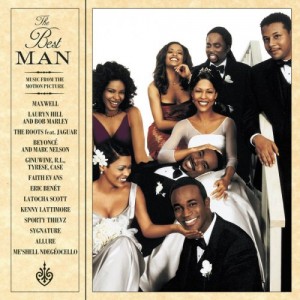 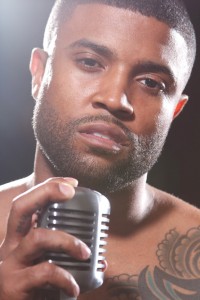 Case and his CLASSIC all leather set 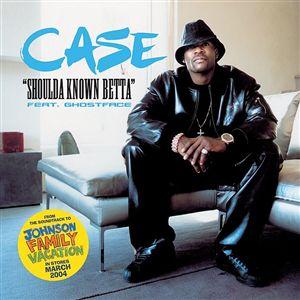 And Mr. AKA How His Head Get So Damn Big In Them Jeans, Ginuwine. 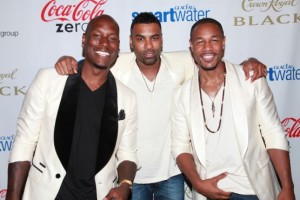 You got four greasy lipped negros sitting around a piano in an abandoned hotel room or condo and they are screaming at each other about being the best man I can be. Is there even a WOMAN in this video? Just some insert scenes from the movie huh? 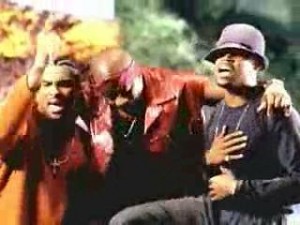 1996 was the HEIGHT of audio and visual effects for music videos.

Obviously this is a lie.

However we cannot pay homage to terribly complied videos without some sort of nod to one of the most wondrously hideous uses of green screen and random picture insertion, AZ Yet’s 1996 ONLY hit “Last Night.” 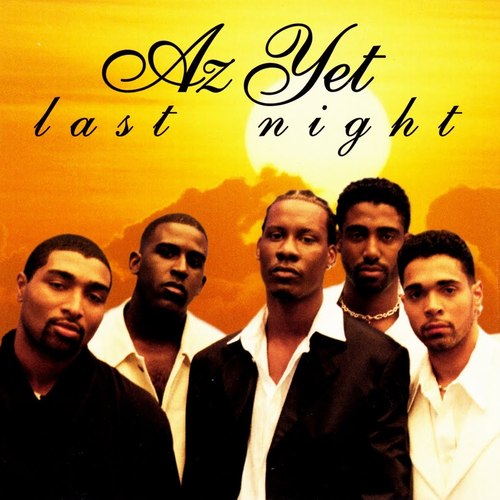 At the time, most of us were probably too young to realize just how terrible this video was. We’ve got matching white suits, with matching white shoes, a circle formation choreography and of course, extreme unnecessary closeup.

The video is littered with scenes such as these… 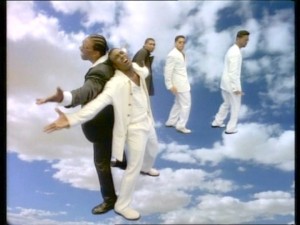 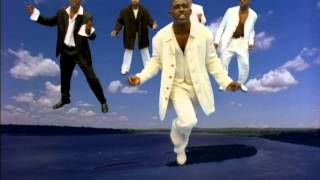 Yeah, they are singing whilst floating in the middle of a desert sky. SADLY, that only half of the frightening battle with listening and watching this video. THE LYRICS are either so far down into the trenches of simpery or they like to have sex after a hearty meal of SHROOMS and PCP. that’s not the focus of why this song is terrible. Again, it’s the lyrics.

Last night
I was inside of you
Last night
While making love to you
I saw the sun , the moon
The mountains and the rivers
I saw heaven when I made sweet love to you 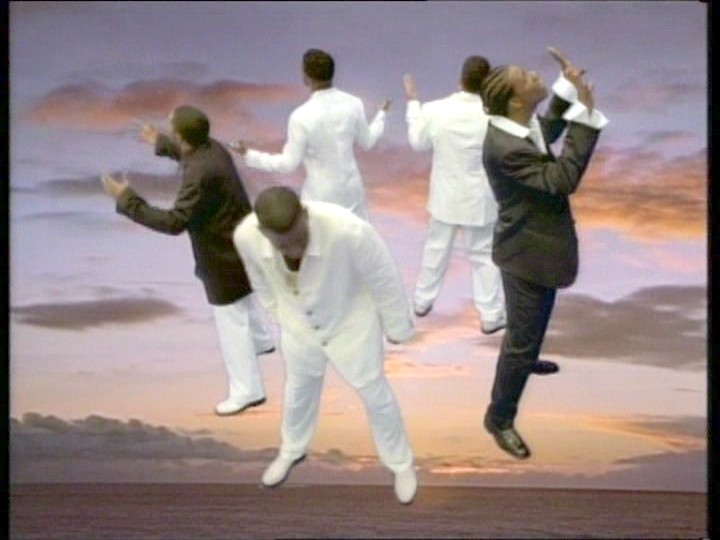 We so damn high right now, bruh. Like look. That’s the sun, bruh. The sun! WE IS FLOATIN’

Dadadadadaaaaaaaaaaaa! BITCH PUDDING! We’re at number one. Now I’m pretty sure most of you have never seen this video. This was discovered as a group of our friends while we were feverntly researching Plies videos on July 4th weekend. (Please do not ask).

But this THING of a video, titled “Get2NOU” (no it literally is Get2NOU. Not Get 2 Know You or Get To Know You just pure laziness in Get2NOU) f eatures a gangle of unknowns to the music world, (and I know they are STILL unknowns) who I’m pretty sure are the same two dudes who played the Hip Hop Dalmatians in Brown Sugar and a fur coat wearing in the club sanging-rapping MC Hammer. 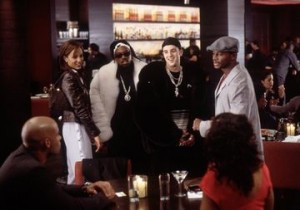 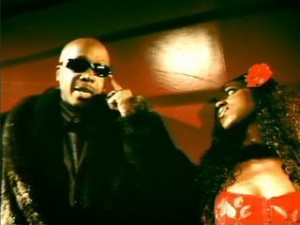 Hello? Hello? Is this Ms. Pumps and A Bump?

This is a combination of really terribly creepy lyrics and every 1990 music video trope shoved down your throat for 4 minutes and 24 seconds. The rapping bad, the singing is TERRRRRRRRRRRILBE, the acting was yanked right out of Satan’s left nut, and the black guy singing sounds like Michael Jackson haunts him while he takes showers. The white guy has mastered Wayne from Boy II Men’s head shake thing]. And then at the end when you think you’re free, he hits this note where he doesn’t really elevate the note, but by the point of his finger, he indicates that’s what he THINKS he’s doing. 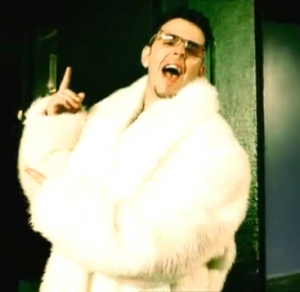 You HAVE to see this one

I’m pretty sure you can find more ridiculousness than that, but if you can drop ’em in the comments and we can go round two of this. I’ll see you jive turkeys later! Jade! BE OUT!