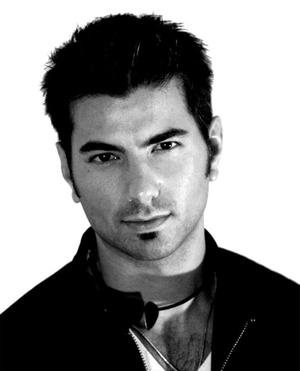 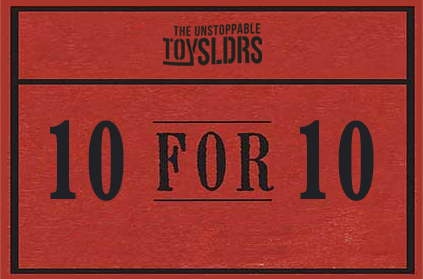 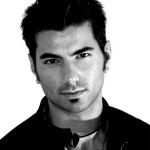 Jared Barel along side his brother, Jordan Barel, are the co-owner/founders of “Loaded Barrel Studios.” Winning various awards, the production studio features award winning comics, graphic novels and film work. Jared himself lives in New Jersey and is a filmmaker, illustrator, designer and graphic novelist. Just to name a few. I had a chance to meet him recently at Comic Con and as a fellow creative, wanted to pick his brain a bit.

1. As a kid, what was the first thing you ever wanted to be? (Personally, I wanted to be a Ninja.)
I remember wanting to be a scientist. I have a memory of drawing myself working with a microscope with some sort of rocket shooting into outer space behind me when I was in first grade. I loved the idea of going to space. I still do, though, I don’t do that well with roller coasters so my guess is my stomach wouldn’t handle a rocket shooting toward the moon all that well. I think when I got older I realized that I had way more fun drawing that picture of the rocket than I was having in Physics class… and here we are today. 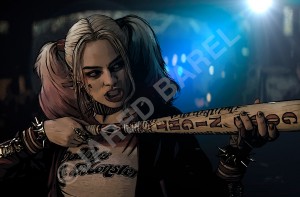 2. Where did the idea of “live action” illustrations come from? And can you explain what that is for those unaware? It’s pretty cool.
Thanks! We think it’s pretty cool too! “Live-action” is what we call my style of illustration where we set up a mini film shoot, with live actors, props, costumes, etc. and have the actors play out the scenes in each panel of the comic. Sometimes we shoot on location, sometimes on “green screen.” I capture the images on digital stills and then through a fusion of digital and traditional, hand drawn illustration techniques, we get a very life-like, cinematic look to our comics and graphic novels. Jordan (my partner and brother) and I are filmmakers and we started Loaded Barrel Studios and making comics because we had a nifty idea for a film – BRIELLE AND THE HORROR – that we though would make a cool comic book. At the time I had no idea how exactly to make a comic book, but I knew if we had any chance of standing out we had to deliver a product that was professional in its execution. I initially thought I would take photos of models just to help me maintain proper proportions. But what came out was something that looked totally different from what others had done before. And I’d like to think that over the years I’ve gotten much better at it.

3. You design, illustrate and create short films. If you had to pick simply one specific field to pursue, which would it be? Why?
Haha… I’m squirming trying to answer this. I know there’s some sort of diplomatic answer in which I actually avoid answering you altogether by saying I love all three fields equally and it’s impossible to choose, but the truth is, if I had to pick one it would be film. As a design student, I tried to find a way to solve whatever assignment we were given with a film. And, as mentioned above, I started my journey into comics to launch a film project. Obviously, our comic studio is much more than that today. I feel like as I’m answering this I’m squirming less because I am so passionate about comics and design (I am a serious design snob) and they inform my filmmaking just as much as my filmmaking informs my design and comics work. But, to be honest, the happiest days of my life are when I’m on set shooting a film. Though, illustration and design are such an integral part of who I am, if you took those away from me and only let me make films I don’t know that I’d be completely happy either. That ended up being more diplomatic than I expected.

I knew if we had any chance of standing out we had to deliver a product that was professional in its execution. 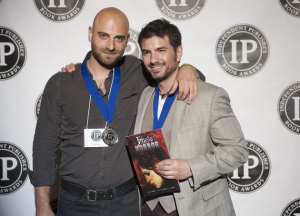 4. I see you and your brother co-own the studio. Where did the name “Loaded Barrel” come from? Is it just a play off of your last name?
Yeah, mostly. Our name is Barel – pronounced Buh•rell – and most people mispronounce it as “Barrel,” so when we started our company we knew wanted to play off that. Initially, we called ourselves Double Barrel Studios – because there’s two of us – but a quick google search revealed some other company that I don’t even think really existed as a company called Double Barrel Studios – I think they might have published comics too – so we went with the next best thing and called ourselves Loaded Barrel Studios. Our friend Dave claims Loaded was his idea, but I don’t really remember. I’ll give him the credit. At the end of the day, I think it sounds better and we go by LBS a lot and that’s got a nice ring to it too.

5. What are your top 3 favorite movies of all time and why?
Oh man, what a hard question! Aliens is definitely numero uno. I remember as a little kid when Aliens came out on VHS begging to watch it for my birthday and that sort of became a thing every year for a while that my friends and I would get together and watch Aliens. I love James Cameron. He’s a hero of mine and Aliens is just the best. Hmm… what are 2 and 3? I feel like my second favorite movie of all time is a three way tie that goes to the original Star Wars trilogy.

Those movies are such a huge part of defining who I am and I think that can be said for a lot of people. My first memory of going to the movies (and this is going to show my age) was going to see Return of the Jedi with my grandfather. I don’t know if I’m blending memories, but I remember him buying me a Darth Vader toy after the movie. I still have it. I don’t think I can pick one third favorite movie. My friends and I do this all the time and my list changes every year and it usually turns into just spewing titles of great movies so I’m just going to compound a small list of some of the films that have made it to my top three: The Matrix, Gladiator, The Dark Knight, American Beauty, Terminator 2, The Departed, and let’s say Reservoir Dogs – gotta include a Tarantino film in there, right?

6. Seeing as though we initially met at Comic Con & you yourself create graphic novels, I assume you’ve had a long history/love for comics. If you had to create an all-star team of artists (5) to work on a comic book/graphic novel, who would they be?
Todd McFarlane (another hero of mine), Frank Miller, Ben Templesmith, Joe Kelly (not an artist, a writer. I Kill Giants is an amazing book), and ME! (Because I’d really want to work with those guys!… not because I’m egotistical enough to think I deserve to be on a list with any of them)

7. I love your interpretation of the “Robin” story that you made for your short film. Why did you happen to pick him out of all the DC characters? If you didn’t pick him, who would’ve been your next choice?
Thanks! I’m so proud of how “Robin” turned out, it’s been a long time in the making and it’s so cool to see such a positive reaction to it. Robin started out as a proof of concept for a film I want to make about a superhero sidekick, so I figured the best way to make that relatable as a short was to use the most famous sidekick of all time. I think what makes Robin so iconic and why I chose to do a story about him is he could be any of us. Most of us aren’t billionaires that can just decide to be Batman or Ironman, we don’t have super powers like the X-Men or Superman.

We’re just regular people and as kids, well, we’re just kids. Robin was the kid that got to fight crime with Batman – he wasn’t rich, he didn’t have super powers, he learned from Batman, but he didn’t have Batman’s training. He was just a regular kid who got to become a superhero. I could be Robin. You could be Robin. He was our access point to the superhero world – which, let’s be honest, we still want to be a part of. I didn’t really have a next choice for doing a fan film. There are plenty of characters that I love, but for me, I had a specific story to tell and that was ROBIN.

9. What’s one random fact most people would never know about you?
Hmm… I love So You Think You Can Dance. I like Project Runway too. There’s a lot of serious raw talent on those shows and they work in arts that I know nothing about and the journey and the creative process as well as the art that comes from them is fascinating to me.

10. You guys have received lots of awards and accolades over the past 2-3 years. If you could somehow go back in time and offer a younger Jared Barel any advice as he starts off down this career path, what would it be?,
Oh, boy. Sadly, I think I have to go with a piece of advice we’ve all learned from The X-Files – “Trust No One.” We’ve been burned a lot in the last 8 or so years by producers, managers, you name it. That’s the business. It happens. Live and learn. And if I can offer any advice to young artists, designers, filmmakers, etc. out there, remember the words of Heath Ledger’s Joker – “If you’re good at something, never do it for free.”

Thank you for taking the time to participate in this. Do you have any final words?
Thanks for the questions! This was fun!

You can find Jared at: