Up to date information on current and future Toy Sldrs collections and other important news directly concerning the brand.

Watch as our host dives into a few rules to prepare you as you begin your journey into watching KDramas and other foreign films. 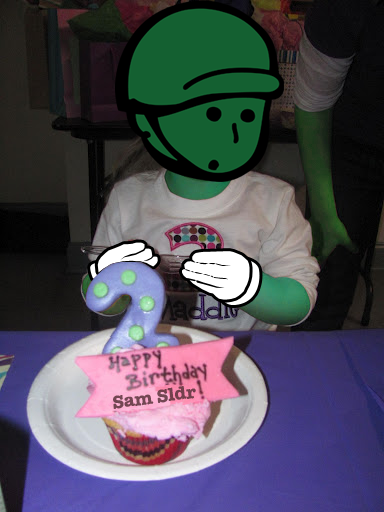 Really happy to say we’re now officially 2 years old! Unlike year 1 where I did a long speech, I’ll keep this brief. The amount of support we’ve gotten from our first year to now lets me know I’m definitely doing something right. We’ll all continue to push forward. Product wise, content wise, etc. Major shoutout to both Nia & Jade for holding down the blog. You guys are great. And anyone that either stops by to read something, send in pics, buy clothing, or just pass the brand around to friends via word of mouth or however,  Thank you. All of you. Happy Birthday, Sam! 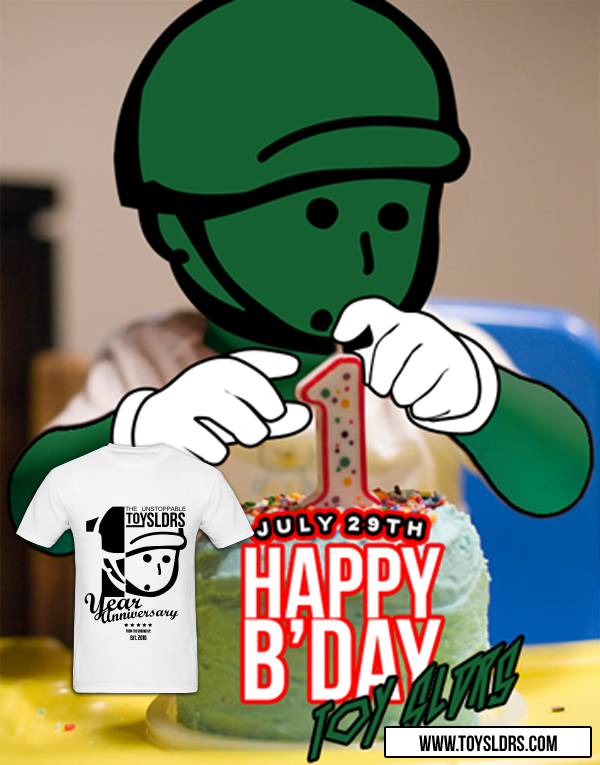 No but seriously, we’ve come a long way. Usually I leave posts like these for more personal blogging, but shit, this calls for a celebration. I’m extremely proud of how far we’ve come compared to where the site started. A lot of you have seen it grow from this: 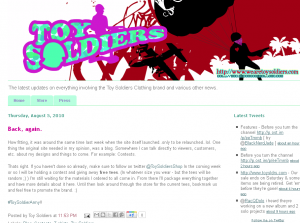 to well, what you’re currently looking at. Crazy huh?

I’ve never really went into any details as to how it all happened, but the site itself really came about from a few tee designs I created for myself. I had no intentions of selling them, it was just something to wear around the house and rock to handle small errands. Actually at one point I stopped designing all together. Cold turkey. I’d say about 2 years. Somehow I ended up meeting @reeality, who stayed on my case and with enough pushing, got me to jump back into it. Even at that point, I never gave much thought about actually running my own line. Being a fan of already established streetwear brands like The Hundreds, Crooks, Stussy and countless others, no way did I think I even belonged in the streetwear business. Not with power houses like that running around. 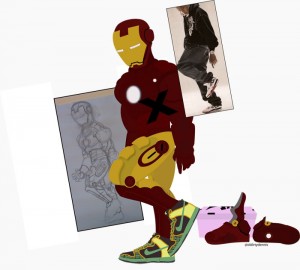 It wasn’t until this design (might look a bit familiar) did things really start rolling. There wasn’t anything incredible about it either. It was simply combining several things I liked into 1 image( Not much different than what I still do to this day). Iron Man, Nike SB Dunks and mimicking 1 of my fav. rappers sneaker pose. Still not fully on board with the idea, I was still timid when it came to truly showing anyone other than Ree. Eventually I took it to twitter and received such a positive response that it really helped push the idea forward that “I can do this.”

From there the researching started. I mean, you can’t start a line completely in the dark as to how you go about handling things, right? One thing I remembered was reading stories from different t-shirt lines telling viewers to be realistic. Not everyone blows right away. Or at all. I made sure to keep that in mind. Not in the back, but the front. It was no guarantee anyone would even buy a shirt, so I kept my goal very small.

Sell one. That’s it. If just ONE person out there would buy it, I’d feel like I accomplished something. I came up with the name, how I’d start marketing and waited. Then waited some more. Even more. A week went by. Nothing. All the while keeping in mind “it won’t happen right away, just keep at it.” It took 2 weeks before I got my first sale. I still remember it. Still can’t describe the feeling. Which tee was it? Well, this one: 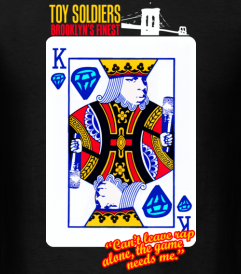 That now makes 2 times Jay-z has entered his way into my designs (are we seeing a pattern here? ) The funny thing about this tee is its one of the few left that still refer to the line as ‘Toy Soldiers’. The name was shortened for marketing purposes. (Toy Soldiers is far too common of a name.) I never changed it, even after the shorter name. So if you have one, you definitely own a throw back. After selling our first tee, it felt like the pressure was lifted. From there I pushed the goal to 5. Then 10, so on and so forth. Since then we’ve continued to grow and so has the support. Theres still a lot of ground to cover but I’m grateful for everyone who supports however they do it ( DEE!, ALL of the IC fam on twitter, Spence, Dray…basically everyone who supports. Theres alot of you.) Referring us to friends, links on your site, reblogs, retweets, purchasing something, you name it.

All of the following have played some role directly or indirectly aswell:

When Keeping it Real, Goes Right

FINALLY, the blog staff. Jade, Nia, Chrissy, Adam… you’re all dope. You don’t HAVE to do what you do, but you do it anyway. Even if I have to twist your arm sometimes. You all bring something different to the features section (plus it gives me something to read other than what I type lol) It’s appreciated. Thank you. I was supposed to wrap it up here but forgot one last thing….our baby sldr is no longer a baby! He clearly deserves a name. And that name is…..

Sam. Sam Sldr. Sam, meet the viewers. Viewers, meet Sam Sldr. And with THAT said, same time next year? Hope so. Remember to check the 1yr anniversary tee in the shop! $11 + shipp! kbye.