They say I, BlackNerdJade, have an affinity for all things Asian. I do, I won’t lie. It was something I was raised with, my parents meeting in Korea and having friends and family still over there. But this isn’t about that. It’s about something different, something that hasn’t been seen in years. It’s vibrant and uplifting and it’s only been a week, but it has managed to grab masses by the neck and refuses to let go.

What is it, you say? 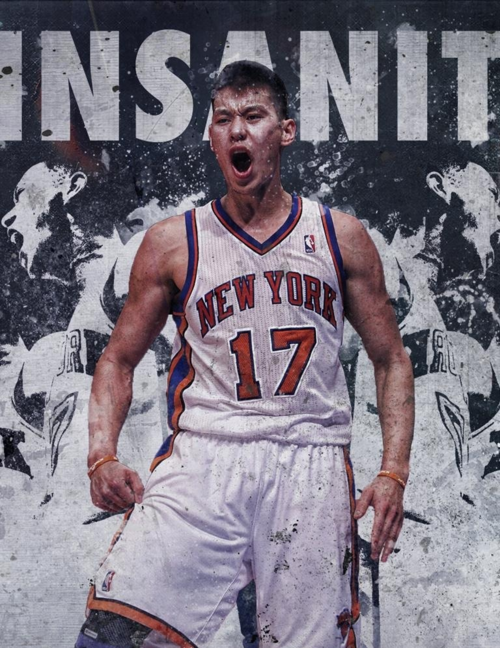 Not to be cliché but it’s (and by it I mean Linsanity) taking the nation by storm. People who hadn’t lifted the remote to tune into a NBA game in years suddenly are setting their DVR’s to Knicks Games. People who haven’t rooted for the Knicks in years, suddenly shifting their radars to figure out what the change is. People who would have never expected a 24 year old Taiwanese-American man who graduated from Harvard with an Economics degree, was dropped twice by two other NBA teams, to take advantage of the lockout, never give up, and garner a starting spot on the New York Knicks. Literally the first of his kind. 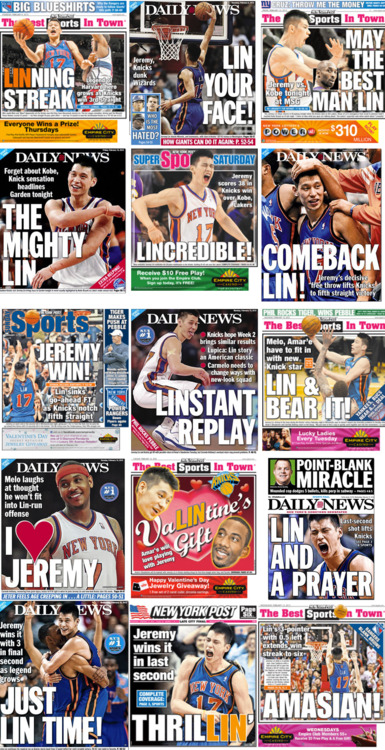 But why does it matter? This story has been told before. When the underdog triumphs. We’ve heard it before, we know it by heart. We can recite what’s going to happen at the end. But there is something special, something effervescent and exciting when stereotypes are shattered, myths are overturned and everybody is reevaluating their preconceived thoughts.

Anybody remember the hype surrounding Tiger Woods when he emerged on the greens all those years ago, a dark face amongst light ones who commandeered the attention with his talent? Or when Venus and Serena Williams took on the tennis world with their curvy bodies and unbeatable prowess on the tennis courts?

It matters because we have this stubborn state of mind that is usually unmovable, ingrained and saturated with small clumps of “expectations” that muddy up the waters for everybody else. Stereotypes cloud our mind and what we expect is what we expect. A Black man in the NBA, a White man in the PGA. A White woman as a secretary, an Indian who is your math instructor or your customer service operator. Black women to have weave, a Mexican man who works in the fields. Korean ownership of a hair store, a man of Arabic decent owning a gas station. When a Black man is dominating golf, a White rapper is dominating the charts, or an Asian baller is dominating the courts, things snap, and realign and we are forced to focused on how misconstrued our every day thoughts are. When these stereotypes are rocked with no only pretenses but TALENT, the world goes crazy.

Outside the fact that Mayweather is a known idiot and all around crybaby troublemaker (my opinions, sue me), he brings up the point of what people, coincidentally Black America in particular, may think about Jeremy Lin’s success.That if a player isn’t white or black, he has no place with a basketball in his hand and if by chance he HAPPENS to be good, the hype comes from his exoticism on the court, not his actual talent. Many attribute that to a sensational fact. He’s a sensation because of his race, not his talent. Hog-fucking-wash. Jeremy Lin has ALWAYS been a talented basketball player, but due to his race, he was overlooked and dropped. Twice.

Lin is Asian, duh. But he isn’t the first. Wataru Misaka first Japanese American to play for the NBA; ironically the Knicks. First Filipino-American, Raymond Anthony Townsend . Rex Walters, former Miami Heat player and now coach at the University of San Francisco is a Japanese-American. I could keep going. Kurtis Townsend, assistant coach for the Jayhawks. Corey Gaines, Japanese-American who ALSO played for the Knicks.

Each of these players presented a change in the scenery. Predecessors to what could be a fast growing movement. The reason for the mania is the fact that even with this impressive undercurrent of Asian Americans in the NBA, Jeremy Lin is proving that despite what many may THINK about Asians, stereotypes are just that, stereotypes, and when ideology is placed up against facts, facts win every time.

Another attribute to his seemingly overnight, wildly popular movement, is his background. Out of high school, not offered an athletic scholarship, but continued to play on the Harvard basketball team. Graduated, goes un-drafted. After five summer camps, and after being offered contracts from the Mavricks AND the Lakers, he decided to go back to his hometown. Who dropped him. He eventually moves to the Rockets. Waived again. Finally the Knicks. On the verge of being dropped ONCE again, Coach Mike D’Antonio decided to give him a chance (with a helpful suggestion of “Let him play, dawg.”[paraphrasing of course] from teammate Carmelo Anthony). And guess what happened after that? 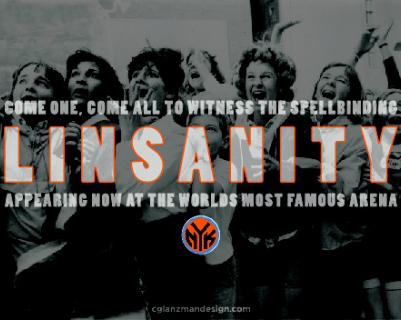 With a Tebow like devotion to his faith, smarts that outclass just about every player on the court, and enough skill to garner him some well deserved attention, Linsanity might not last long (as humans are creatures of frivolity), while it does last, this blogger here will enjoy.

Just in case you haven’t seen it, here is Lin’s game winning shot against the Toronto Raptors on Valentines day. bon appetit!