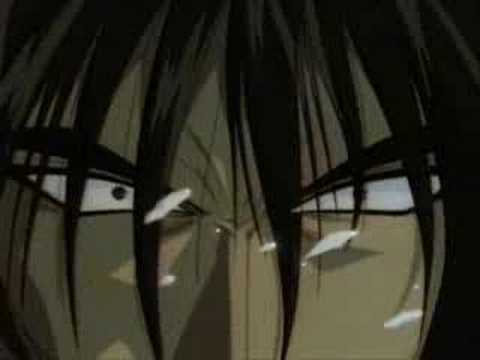 Like swords?
I do.
Like history?
Why, yes. Yes I do.
Like long ass sword techniques that take a practiced tongue to recite?
YES! YES! I DO!

Well I’ve got something for you. Not only is this a classic, but it’s a BAMF (Bad Ass Muthafucking) Classic at that. 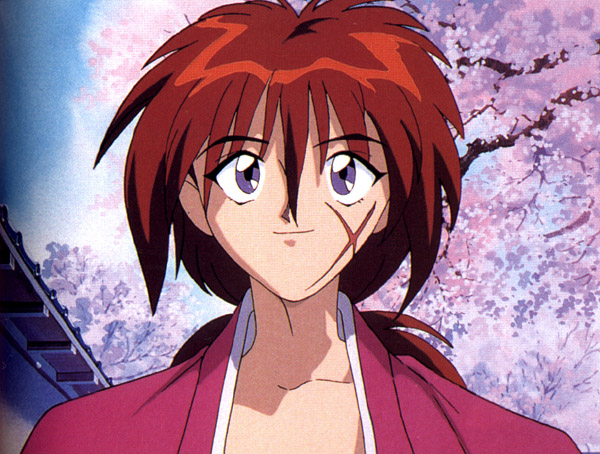 Aww isn’t he cute? This is Kenshin, our peace loving, “Oro” reciting, roaming samurai. He’s precious. Looks like a woman, washes and cooks like a woman, is broke beyond imagine, has no home, clumsy, looks 10 years younger than he actually is, and most of all, hates violence.

Which is strange because… 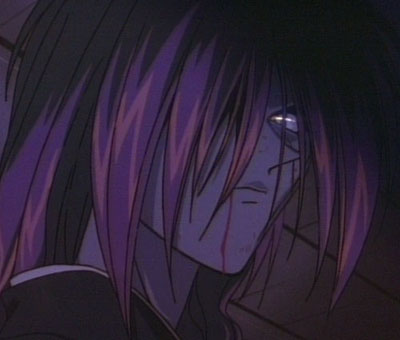 This is who Kenshin really is. Well, part of who he is. He really is both. 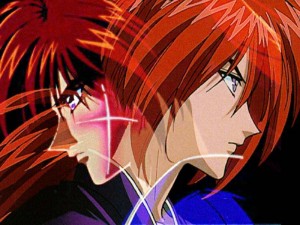 Let me back up, and explain this correctly. Himura Kenshin (formally Shinta) picked up a nickname during the Bakumatsu, an era in a Japan’s history, which was a particularly violent one. The nickname being Hitokiri Battousai. Hitoriki meaning assassin, and Battousai meaning someone who is really good at drawing a sword. The reason he picked this nickname up was during this violent era in Japanese history, Himaru Kenshin was a fear-inducing, lethal and very deadly assassin for the Tokugawa Shogunate. After killing just about everybody that opposed him and those who hired him, Kenshin goes off to the countryside with a woman who became his wife to help in the concealing of their identities. In what appeared to be an assassin attempt ON the assassin he ends up….

Well, I won’t spoil it for you. 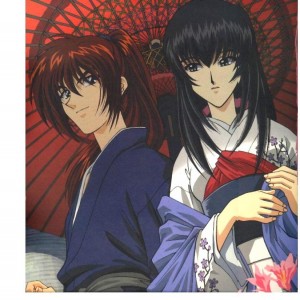 All I can tell you is, that because of what happened as his time as an assassin, Kenshin decides that all of the killing he did in the name of justice made him an unworthy person and spent 10 years wandering hoping to find ways to redeem himself for his sins. This is mainly revolved around one killing in particular. He threw down his sword and took up a reverse blade sword, vowing to never kill again. This was all in attempt to hide and hopefully destroy Kenshin’s true nature (Which is a bloodthirsty killing machine). In his journey he happens across a young woman named Kaoru, who in befriending her starts his current adventures that are depicted in this anime/manga. 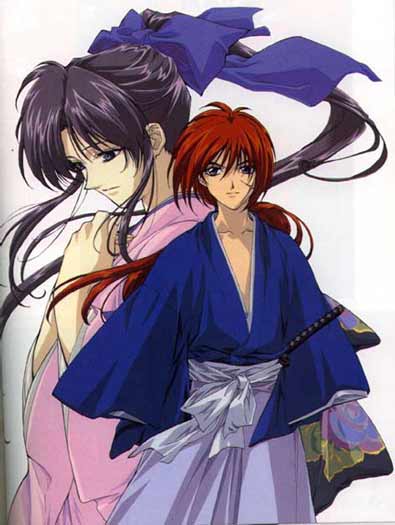 The awesome thing about this anime is how it ties in historical fact and
its violence and political struggles, with comedy, love and virtues. Kenshin has to deduce how to keep his vow of not killing, while at the same time trying to save Japan from threats of his past.

There are a lot of people out there with VERY huge grudges against him and the current government (that he had a hand in creating) and they lead him, Kaoru and the rest of the cast through some very trying situations. 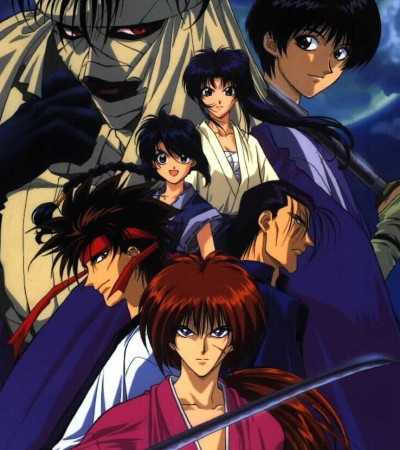 Still even with 10 years of wandering, Kenshin manages to still be a very skilled swordsman, and even if made angry enough, he’s known for reverting back to his Battosai personality. (Which is apparently tenfold the swordsman that Kenshin is.)

The villains in this story are pretty wicked too. These aren’t your typical, sit back and methodically construct ways to destroy the “good world” type villains. These villains have very true and mainly reasonable grounds for the things they do. Such as Shishio (who is just one of the coolest villains ever IMO) who took over Kenshin’s position after he retired, but was betrayed by the same government he helped, when they tried to burn him to death (as you can tell, it didn’t work). Or there is Enishi who is related to Kenshin’s wife, and the revenge he takes out on Kenshin provides this story with enough emotional angst to bash your head in. (I cried, twice. Sue me)
Or Soujiro….. who as just fucked up.

Another thing, outside of Kenshin’s constant battle to keep himself in check, is the female lead. Kaoru was completely UNuseless in this anime. She fought, for everything she believed in from episode one to the final chapter. She showed strength time and time again, even when a young woman like her should have crumbled. From raising and providing for herself at such a young age, to providing for a house full of warriors, to protecting Kenshin when she could, to fighting for love. I loved Kaoru. 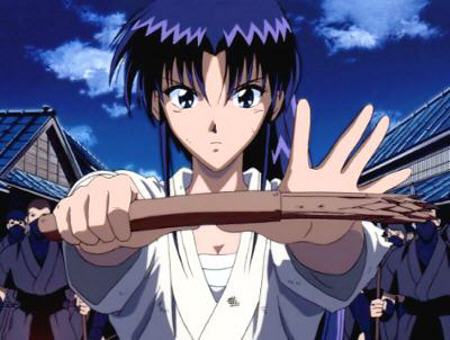 It’s a very good dramatic story, easily called a classic when they mention anime/mangas. If not for the storyline, at least for the swordfights.

This is one story that you can read over and over again, because it’s well written and drawn beautifully. It ties in reality with plenty of lore and LOTS of sword technique and style. It’s good. Watch/Read it. Now.

Note: Oh. And if you start watching this, DON’T watch the second OVA. It will piss you off.