People ask me all the time “Jade! Why do you like anime so much? Should I watch it, too?”

Bitch, because I do. And yes, you should. Surely I, being of quick wit and intelligence, figured early in life that this wasn’t the correct answer. So I came up with this.

As I was contemplating writing this, I discovered it was insanely hard to write. It sort of like, someone who went to school to study Physics, and turns around and tries to explain why they love Physics without trying to cram 4 years worth of Physics learning down a person’s throat. Does that make sense?

I started watching when I was nine years old, and I’m 28. So, you know…baby steps and baby bites. 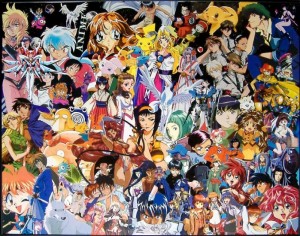 Anime. By definition is just the Japanese’s basic cartoon. Pen, paper, paint, voice actors (or seiyuu), studio and you’ve got an anime.

9/10 an anime will originate as a manga (Japanese comic) and will be adapted as an anime depending on the popularity of it. But for time’s sake, I won’t go into that. A great anime and a great manga are TWO different red booty monkeys. 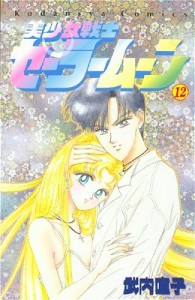 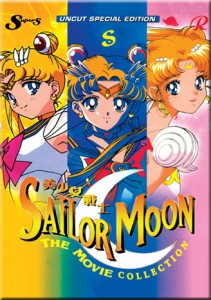 Most of you probably experience some level of anime, with producers such as VIZ and DiC bringing anime to America’s television with dubbed over English voices. The two most popular and frequently mentioned anime that most Americans have watched would be Sailor Moon and Dragon Ball Z. 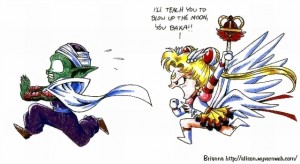 Although heavily edited, chopped and screwed from the original manga and Japanese anime, it introduced a different world (over-characterization of the facial features especially the eyes, mannerisms, cultural influences, and continuous flow of a storyline). So if ANYBODY wants to start somewhere, those would be a great cornerstone, seeing as it’s easy enough to find whole arcs of the storyline, rather than getting what you can when you can.

If you’re older and not particularly interested in the juvenile themes( although still more complex than a lot of the cartoons shown stateside) presented in those aforementioned animes, you can try for a bit more mature taste found in animes such as Ninja Scroll, Gundam, Neon Genesis Evangelion. Or movies such as Ghost in the Shell, or Akira. Most of these you can still find in a dubbed format. 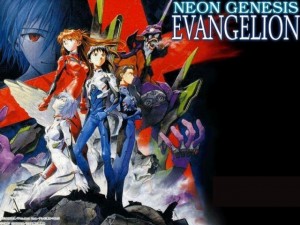 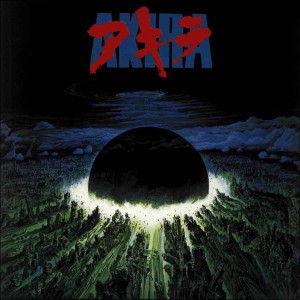 A middle ground, possessing adult themes but still fun to watch would be animes such as One Piece, Samurai Champloo, Inuyasha, Naurto or Bleach. If you’re lucky most of these are still being shown on Cartoon Network in the dubbed format. 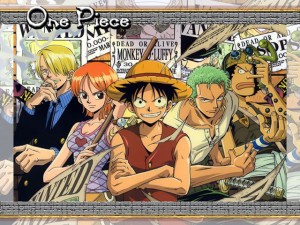 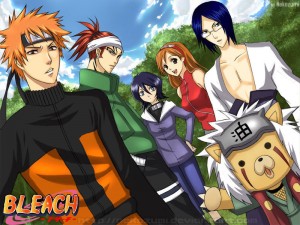 I recommend watching anime dubbed, until your familiar enough with it, before moving into what most elitist anime watchers do. Same titles as mentioned before, except it’s a mixture of watching the anime (subtitled with the original seiyuus instead of English voices), reading the manga, and being able to discuss the complex themes that underlie the more apparent themes presented. 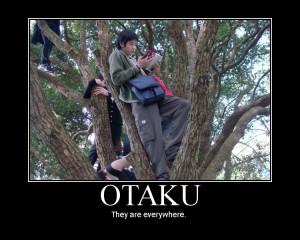 Japanese term used to refer to people with obsessive interests, particularly anime, manga, or video games. It’s supposed to a negative term, but fuck you, it ain’t.

If you’re ready to get started, you can of course catch these shows late at night, mostly on Cartoon Network. Once you’ve digested the three or four animes they grace us with, you can now start into the world of the fifty-‘llem animes available to you online….for FREE .99. Websites such as anilinkz.com or animefreak.tv offer free dubbed and subbed animes to anyone willing to wait for the streaming video to load. If you’re interested in reading the manga directly, try onemanga.com or bleachexile.com. When your anime balls are big enough, come holla at me. Then I’ll start showing you some REAL shit.

I HAD some videos to show you, but some of my anime obsessed counterparts are real life ACTUAL NERDS. Like pocket protector, take my T9 Calculator everywhere I go, What’s a Vagina? type nerds and….