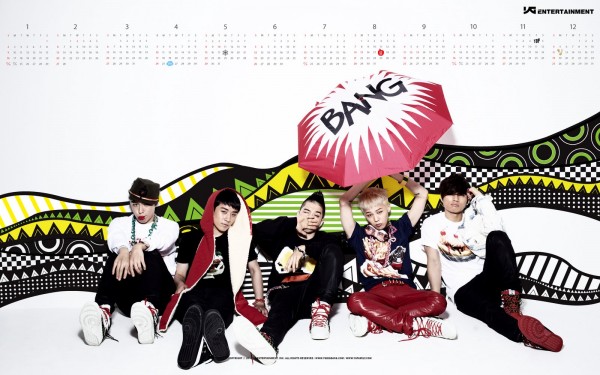 If you HAVE forgotten about them, maybe you remember that post on World Star Hip Hop about the Korean Bloods?

Here a link >>>>>> Korean Bloods Getting Down on the Dance Floor?

Either way, a year or so back I introduced them to you through a wildly popular video that the subgroup GD & TOP did called “KnockOut” that was vivid and creative and kept you busy the entire video. Especially TOP’s Harlem Shake at the end.

The one cool thing about Big Bang is the way they give all the members of the group shine. Most of them have solo LP’s and projects, and that also includes the leader of the group, G-Dragon. Known for his insane talent at producing, on top of being one of Korea’s most famous singers and rappers, G-Dragon has done it again. The song is a lot less ‘poppy’ than their other projects, but Big Bang is known to throw in [and I hate to use this word] swag into the game where everyone else is totting off about love and bubblegum. This electro hip hop beat, fast rap, highly addictive song is off G-Dragon’s latest project “One of A Kind” and toots guest stars such as Lydia Paek from Quest Crew and fellow Big Banger’s Taeyang.

Even if you turn the volume all the way down [which you shouldn’t do] the video itself is so visually simulating that you’ll want to watch the whole thing despite the language barrier; from G-Dragon’s bright cornrows, the ADORABLE kids, the dancers working all their jelly, this video has enough umph behind it to make it a favorite.