That’s right. They showed up and we SHOWED out.

If you’ve noticed the slack in my posting for the last couple of weeks, it was for a reason. (If you haven’t noticed, well…I didn’t like you anyways, so there). It’s because this past weekend, I was apart of one of the most exciting mass fanatical, rabid rabbit, fangirling (and fanboying for the gents) events New York has probably seen since the days of N’Sync.

To preface this, events like these don’t happen often. In the past for us that lived anywhere other than the West Coast, attending such an event would have required us to update our passports, purchase a plane ticket ranging in the thousands, room and board, AND a concert ticket. (not to mention the money that would have been put aside for the massive amount of merch that would be purchased as well). 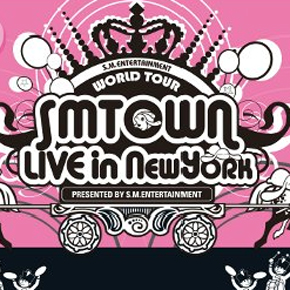 (The Ad in Times Square)

S.M. Entertainment is your Def Jam, Interscope or RocNation of Korea. The recording company is home to some of the biggest talents in South Korea. BoA, Kangta, DBSK, Super Junior, SNSD, SHINee, and F(x). Groups that have managed to not only conquer Korea and Japan, but by the looks of what New York City looked like this weekend, are well on their way to taking a huge chunk of U.S. Soil as well. 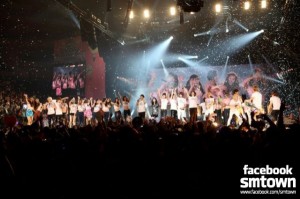 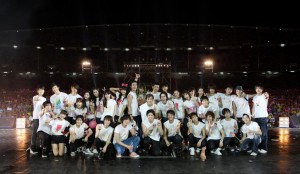 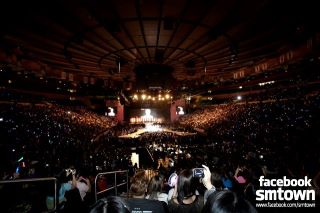 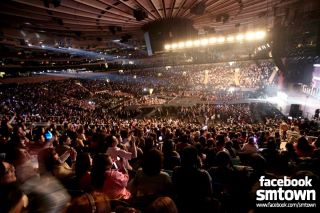 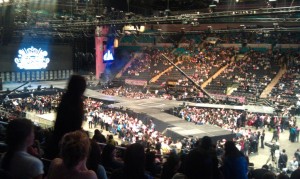 (and this was like only…10 minutes after the doors opened)

15,000 seats jammed packed with a 70% NON Asian crowd. (I was surprised how mixed the crowd was. Especially when I saw these two…) 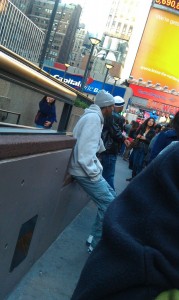 S.M.Town Live is a world tour. They have hit cities such as Tokyo, Shanghai, Seoul, Paris and now after countless flash mobs, groups, letters, petitions, and cries (because Paris showed all the way OUT and we are NOT to be outdone), it was finally brought to New York. The general consensus of most New Yorkers this weekend was “What in the world is going on?” (We kind of threw them off, we have our own language as “OPPAR!!!”, Who’s your Bias?” “Wae?!” “Aish!” and “DuBulge” were thrown out without a care.)

The reason they asked? Because when KPoppers hit the streets of Manhattan, it was for one purpose only. To socialize, collect and mob. To show the world the impact KPop has on their fans and why they are so loyal to the music and most importantly, the artist involved. The fans took over New York City with flash mobs in front of Madison Square Garden. They invaded KTown where the artist ate their dinners. They camped in front of the W hotel. They attended fan meets. Collected outside of the MTV studios. They did everything in their power to show the world how serious they were. 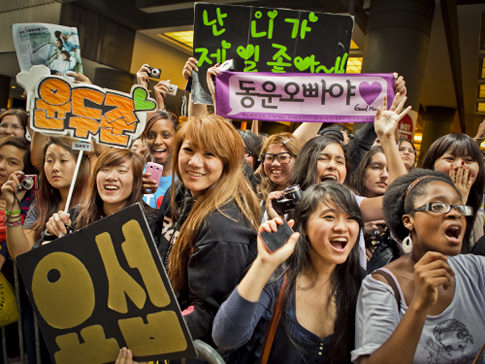 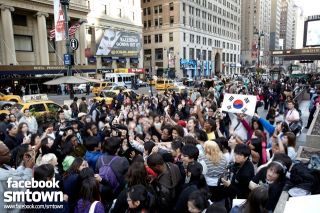 And if that wasn’t enough, when the S.M. artist showed up at Madison Square to perform, the fans showed out. Signs, lightsticks, banners, t-shirts, dance routines, the MAD PANIC at the merch booths (My God) and hours and hours of screaming, flailing and the pouring out pure genuine love. 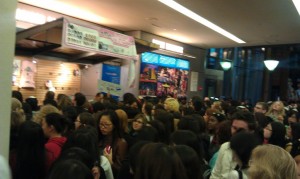 PANIC at the Merch Booth

The shockwave of what KPoppers did in New York this weekend was enough to draw the attention of several news outlets.

The New York Daily, The New York Times, Complex Magazine, Billboard Magazine, MNET, MTV were some of the many outlets that had articles the next day, lines full of amazement, confusion and wonder. 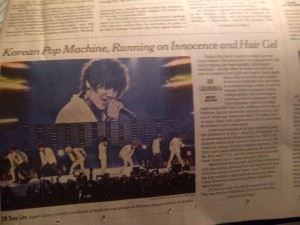 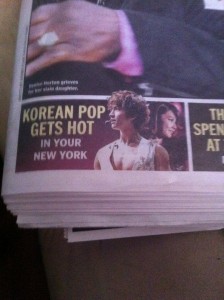 How did these acts, spoken in a completely different language attract THIS many people? (My answer to one interviewer was “If people can listen to Racks on Racks, they can listen to songs in Korean.)

I could review the concert, but unless you’re a fan it won’t mean much. I could drop some videos, but you wouldn’t understand. The pictures, although gorgeous and flashy, won’t mean the same to you as they did to us. But I will tell you one thing, the Hallyu wave was a force to reckon with this weekend, and I’m sure with THAT kind of turnout, that kind of media coverage and now a nation wondering what the hell exactly is KPop, there will be many more weekends like this to come. 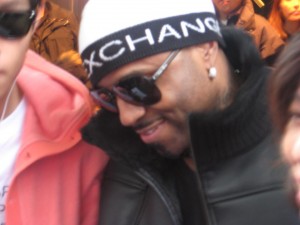 I like the way you comb yo hair, UH! I like the stylish clothes you wear UH!

Oh! And here is the Teddy Riley (who was at the concert) produced album set to be released through Interscope Records. SNSD’s “The Boys.”

P.S: You like my concert outfit? I was READY, you hear me? 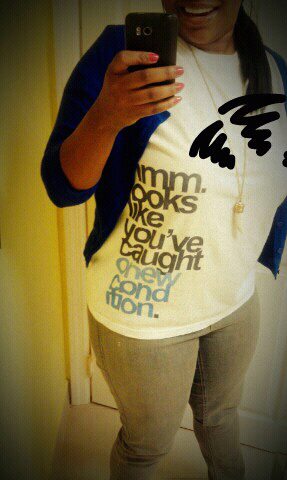 My Ode to SHINee and their Leader “Onew” (becauseIlovehim)

*photos courtesy of Ashley Wike, the EVER awesome members of WE WANT A “SMTOWN NYC”!!! @Facebook group, Facebook SMTown, and Google (._.)