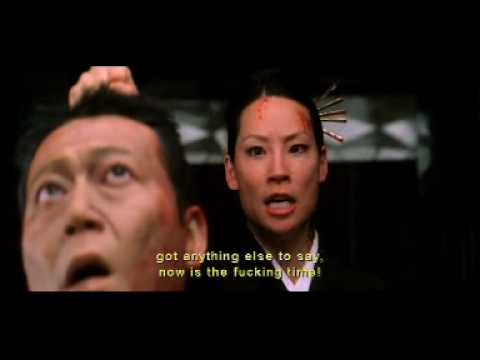 Quentin Tarantino is a director to be praised. One for not really caring for anything other than his vision and seeing that his vision is executed to perfection (much to the happiness of Tarantino-fanatics everywhere), there is no surprise, no wonderment, no pause in mentioning and hailing him as one of the premier and most talented filmmakers of our generation. With movies under his belt such as Reservoir Dogs, Pulp Fiction and Death Proof, Quentin has proven that not only can he put together an insightful cinematic masterpiece, he can do it with lots of blood, kung-fu and general kickass-ness.

Which leads me to my personal favorite of Mr. Tarantino; the infamous Kill Bill. 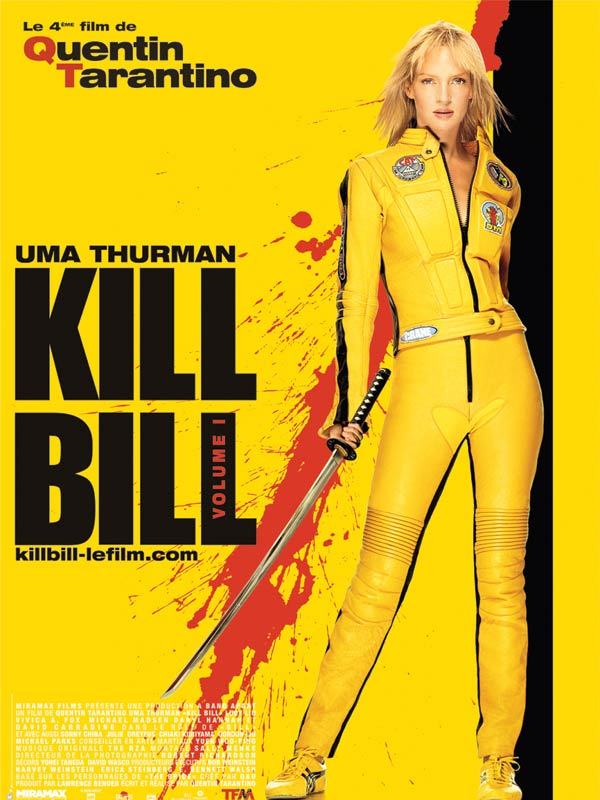 Anyone who knows me personally knows that I’m a fanatic of this film; I’ve inhaled all the facts and intricacies that most people bypass, even going as far as regular heated debates, and once a drinking game that almost finished in a fist-fight over who would win the brawl of revenge between Nikki and B.B. (I chose Nikki, just for that vengeance you could see in her eyes.)

The most heated of all debates I continue to participate in (and will continue until I’m of an old ripe wrinkly age) is who I believe should have had more attention in these movies. Ultimately, it would require some rewriting on Tarantino’s part, but I’m of sound mind and good insight, and I’m sure this would be a positive move in the right direction of infamy for this movie. 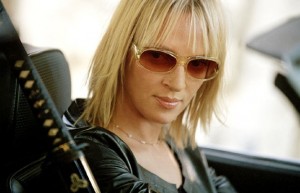 Now don’t get me wrong. The Massacre at Two Pines really was tragic, her story was sad. The people she trusted turned on her, attempting to kill her and the child she carried. The fact that the outcome was an indefinite coma, where she loses four years of her life, subject to countless acts of rape, AND they took her child…well that would piss me off too. And I’m not saying that she didn’t have a right for revenge. She had EVERY right. But this isn’t about rights, this is about entertainment.

I, for one, always questioned two things in this angsty Kill Bill universe. All surrounding my personal favorite and villainous hero, O-Ren Ishii. 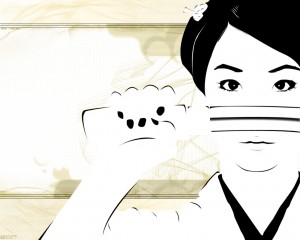 Since this movie has a way of baptizing villains in a light of positivity, if we compare Beatrix to O-Ren, we’d have a tilt in whose story actually was more entertaining. Quentin gives us no REAL back-story on The Bride before her joining the Deadly Viper Assassination Squad. We know nothing about her parents, her childhood, her adulthood, why she joined the Viper Squad, why is she an assasin. And although mentioned before that Beatrix story was woeful, when the credits are rolling, she’s experienced a happy ending. The people that died in the chapel? She’d known them for mere months. The man she was going to marry? A diversion from her REAL love story with Bill.

Beatrix knew what kind of life she lived BEFORE she was pregnant and therefore by having sex and knowing what kind of man she was having sex with (Bill, you sex god, you), knew she ran the risk of pregnancy and being saddled with a megalomaniac as a mate. So, why didn’t she have a contingency plan? Why did she think running off would be a brilliant idea?

Did she not KNOW the company she kept? 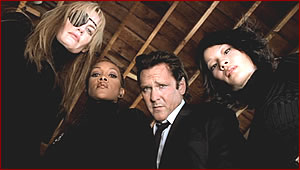 So in all, although tragic, her fate was actually an ironic one and not a surprising tale of turncoats coming to kill her. She fled a group of the most deadly assassins in the world, carrying the seed of one in her womb. Betrayal begets Betrayal that surmounts to the Massacre at Two Pines. At some point you have to stop and go, “Well, yeah…” (I’m starting to believe the reason her name was Kiddo was that because although calculating, she was not very bright)

O-Ren Ishii on the other hand, we know EVERYTHING about her. Her family, killed at the hands of a violent Yukuza boss for reasons she probably couldn’t comprehend and never understand. And not only were they killed, but they were killed in front of her. Nobody will forget the scene of O-Ren watching her own mother’s blood drip from the mattress above her, or her attempting to save her own life.

This wasn’t a choice she made, it was a choice made for her. Now we take, eleven year old O-Ren as she meticulously plans the execution of the man who caused her parents death, using her own body as bait. She disembowels, tortures and then has him killed. All of this as a preteen.

Less than 10 years later, O-Ren is hailed as one of the top assassins in the WORLD.

Her childhood already is more interesting than the whole Kill Bill Franchise, especially the hailed “hero” of the movie. The most Quentin could have done after giving us such an insightful look into one of the most BADASS female character we’ve ever met, would have been at the very LEAST to give us more. The Biography of Cottonmouth, I would have bought the SHIT outta the book/movie. But instead we are given a Kill Bill 2, which although entertaining, lacked the attractiveness that Kill Bill Vol 1. did. (Because you can’t top The Bride taking out an entire Yakuza army with actual PLOT, Quentin.)

This leads me to my next point. If we ARE going to focus on the Bride’s Story (after all the name of the movie was Kill Bill), and if we are going to have a sequel, (hopefully a trilogy, I prayed to Based God about it last week) it would have been paramount to think of the grand scope of things. The movie, just with Quentin’s name attached to it, was enough for people to be entertained and come back for more, no matter how non-linear the timeline was. Killing off the Deaddly Viper Assassin Squad in order of entertainment instead of ease of kill, would have made for a better series. 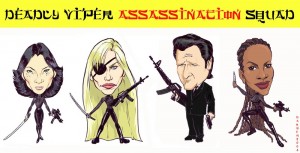 In that vein, Elle Driver would have died (or lost and eye, whatEVER was her fate) first, because we could all feel the hate, contempt and lust for betrayal oozing off of her and we know Beatrix felt it too. Next Vernita (because face it, outside of the whole Nikki ordeal, Vernita’s story was the driest), Bud (shrugs, sure)…THEN O-Ren.

The fact that Kill Bill Vol 2. ended in a sappy mess of closure and ancient hand techniques (that apparently was Tarantino’s ode to Westerns —the walk off then die finish) left us with a climax of this movie that was well, anti-climatic. The waves of unabashed-inhibited-fanatic-excitement and endearment we felt about the Showdown at the House of Blue Leaves would have been a perfect action based precursor for that emotional ending. 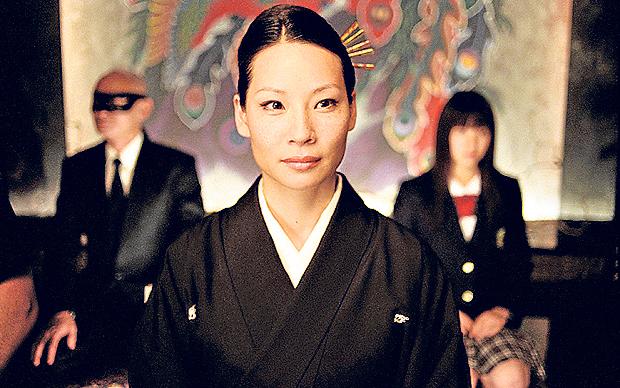 O-Ren was the perfect villain. Outside of her childhood, and her involvement with the Deadly Viper Assassination Squad, she rose above racial and sexual discrimination to become THE Bosses of ALL bosses in the Japanese Yakuza. That may not seem very monumental to you, but if you know any…. ANY history of the gokudō (we talking fuckers who have an OFFICE with a sign that clearly states “We are the fucking Yakuza” on it and DARE the police to come and knock), you know that they are no joke, and the amount of pure intelligence, indomitable bravery and BALLS it takes to have any kind of standing in them is a feat that deserves tribute. 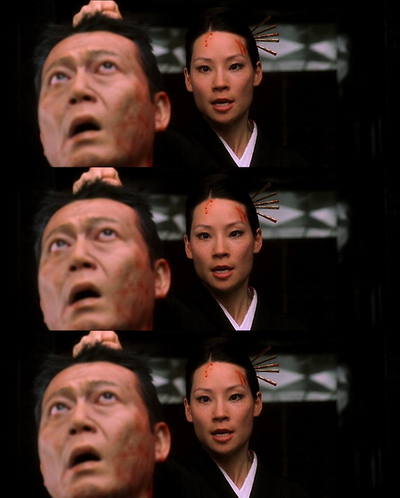 And to do that being a woman (in a death society ruled by men) and a (by their standards) half breed that wasn’t even a child born in their country, can you IMAGINE what she had to do to get there? She was intelligent, ruthless (that’s gotta be an understatement), skilled and in charge. 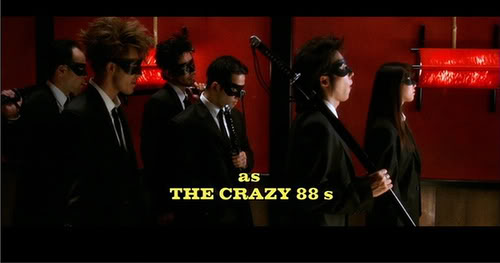 She led an entire army of killers and her First Sword was a psychotic sociopath, who rather run you through with a sword, than have sex with you. (I’ll write a rant later to express the frustration of how The Bride managed…JUST MANAGED to escape Death by Go-Go Yobari, because it was extreme luck.) 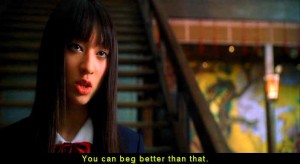 And even with all of THIS, Quentin technically has O-Ren killed off first. The only thing that saved The Bride’s life….was that damn sword. Damn you Hanzo. Damn you.

I leave you with O-Ren’s most imfamous scenes, filled with such badassness that I had to nod proudly before posting it.