Generally when I ask about this anime/manga, I get a blank look or a “Yeah I heard about it but I…” 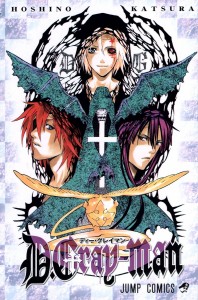 D.Grayman is awesome, and is one of the few that has a better anime than the manga. (Only because the action is very hard to follow in the manga. Very.)

There are 3 good reason why you should watch the D.Grayman series; outside from its general badassary, good plot, and emotional toil) 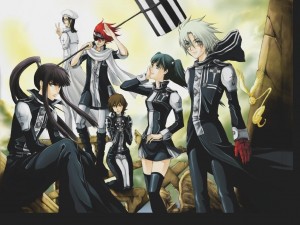 The plot of D.Grayman is pretty simple, although the story is complex. There are the bad guys and the good guys who pledge their lives to stop them at all cost. The Exorcist are a group of human individuals who are able to link and harvest with a substance called “Innocence.” This rare… (I’m not EXACTLY sure what this is made of) is what allows the Exorcist to fight the “bad guys”. The Innocence is a power up and can be classified by types. Our Protagonist, Allan Walker has a parasite Innocence, while other Exorcist may have a crystal or an equipment type of Innocence. None the less, it makes them all more powerful to fight off Akuma. Each Exorcist has their own story as to why they are a part of The Black Order (the governing body of the Exorcist). With any order of people and a power that governs them, corruption and desperation leads to conflict inside the Order on top of the race to save the world from the Earl and his special type of “evil.” 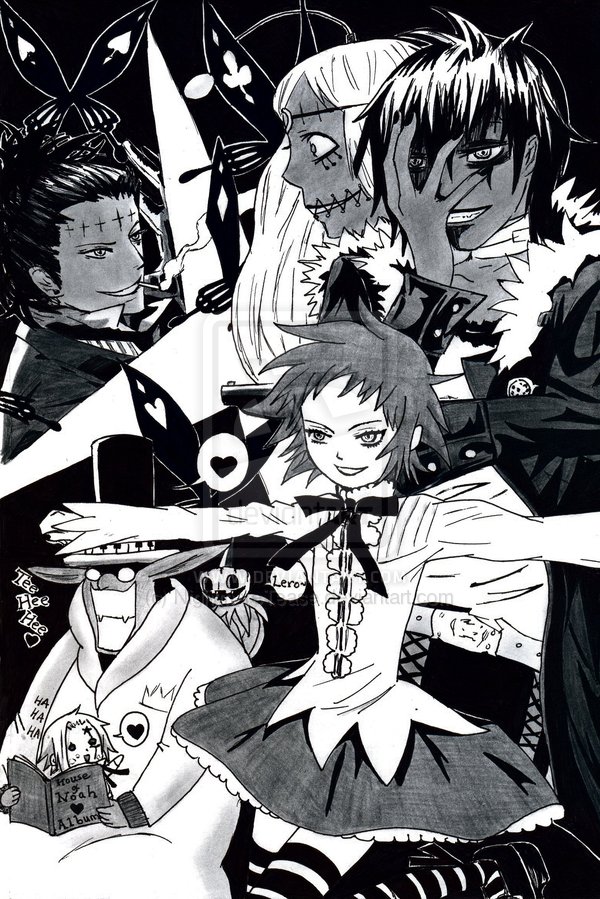 Our antagonist. In the D.Grayman universe, all humans are descendants of the Noah family from the Great Flood (you’ve heard of it before.) This Great Flood, however was caused because the Noah Family have been battling the Exorcist for centuries and will continue to do so, under the leadership of The Millennium Earl(Adam). WHY exactly has been yet to be revealed, but we know that the Noah gene is immortal and exist in all humans, so that when a Noah dies, the gene is awakened in a human, who will then turn Noah. The Noah are pretty badass people. They pretty much don’t give a damn for non-Noah people (which is evident as they turn human spirits into weapons for their use). They are sadistic and cold, yet at the same time hilariously funny and witty. These are a series of “bad guys” that I actually like. The interesting thing about the Noah is their skin color (they appear with darkened skin). Ties in with black people being the origin of humanity (every human descended from The Noah) 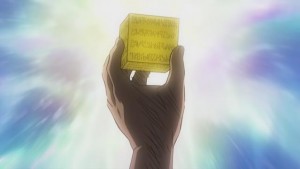 Innocence started out as a cube, and during the battle with the Noah and Millennium Earl many centuries ago, it was scattered across the world in 109 pieces. Innocence isn’t like your regular “power”. It chooses its user and at any given moment can judge a user’s morality and destroy that person (Fallen One: Suman Dark for example).
As mentioned before Innocence works by types. Equipment, Parasite, Crystal. The higher the Sync rate with its chosen master, the more powerful it can be. Here are examples of Innocence going from Level One to Level Two (Lenalee Lee), and the Innocence of the Generals (The most powerful Exorcist in the Order, kin to a Kage (Naruto) or a Captain

This is a pretty shitty summary. Why? Because it’s so much more complex than this. This is an anime/manga that I’ve never been able to properly describe to those who ask because, it’s hard to explain. Everything running in chaos while incredibly making the most sense in the world. This is with me just providing the most basic of all information. The battle between the Black Order and The Noah is deeper than the members and the weapons they wield. But you’ll only get that if you watch it. And I promise. It’s worth watching.