Big shout out to the security guard that turned the elevator back on and let me up even though I got there 10mins before the place was supposed to close for the week. Luckily the staff upstairs was pretty cool about it and allowed me to take some pictures even though they were looking to lock the doors. If you aren’t familiar with Stephen J. Powers, thats okay. I wasn’t either until I caught a film on Netflix entitled “Beautiful Losers” which showcased many artists, including Stephen who at the time, was known simply as “Espo”, a street artist who did alot Graffiti around the city. Anyone familiar with Macy’s in Downtown Brooklyn? Well, all you have to do is look up at the garage area to see some of his work.

It just so happened that the following day I caught a post on High Snobiety which mentioned he would be holding an exhibit for the month and I knew I HAD to go. His skill with typography is just awesome. It inspired me that same night to play around with it in my sketchpad. Anyway enough rambling. If you’d like to check it out for yourself, the exhibit is open for another week. Address below the pics. Enjoy! 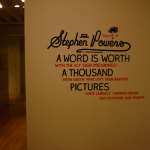 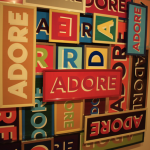 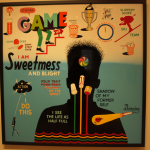 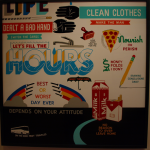 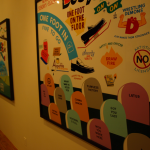 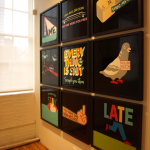 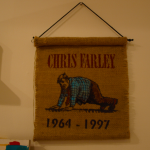 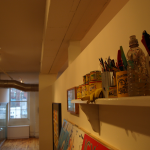 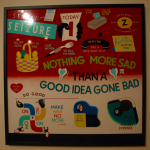 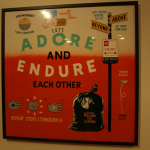 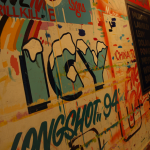 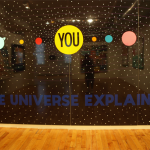