So despite this AWESOME intro that was downloaded to my iPod…

Tenjou Tenge is one of them. (Yeah Samuari Champloo, I’m looking at yo ass too)

It starts off confusing. Two deliquents (Nagi and Bob) show up at a school, determined to, I guess, whoops everybody’s ass there, therefore proclaiming them the strongest in the school. They make their way through a good 3/4ths of the people before a midget with a bokken gives him the business. This is where we find out that this isn’t an ordinary school, but a school dedicated to all disciples of fighting.

Two sisters, Maya (who is so powerful she has to conserve her ki and walks around most of the anime as a 2 year old child) and Aya (the owner of the Dragon’s Gate, a traditionalist and clingy as shit) are considered two of the strongest in the school. Then there is Masataka, who is the younger brother of Takayanagi, who is the leader of the Executives who also happens to be a former “lover” of Maya, who was the little sister of the FORMER leader of the Executives. Shin….man…okay.

So, then there is a bethrothal, some adultery, random flashbacks that probably would have been more helpful at the BEGINNING, unrequited love, a fight at a bowling alley, politics, family secrets, something about an eyepatch and some kind of demon sword.

So yeah. Watch it. Maybe you can tell ME WTF was going on.

sidenote: Let’s all have a moment of silence for this TERRIBLE cosplay attempt. 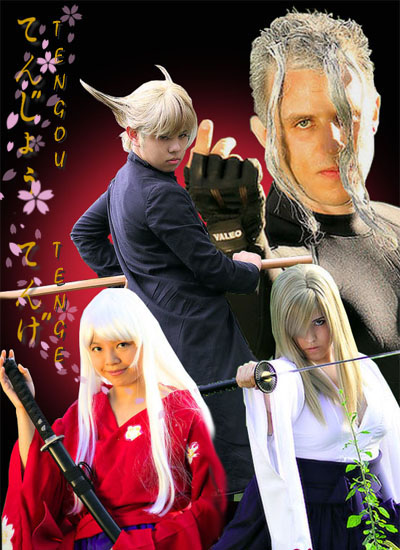