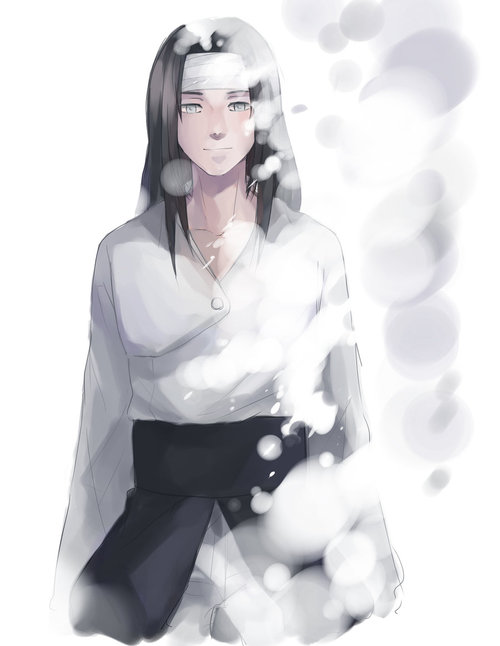 I once asked, why watch something, read something, be apart of something, anything, if you aren’t planning to become emotionally attached to it. Why would you want to experience something that doesn’t draw you in or captivate you completely? You’re wasting your time if you are there just for the experience of saying you were there.

On that note, me personally, I live in a world of complete surrender when it comes to the things I experience. Whether it be a book I’ve read and a chapter has caused me to throw it across the room and scream at it, or a movie that I watch over and over and over again (Hello, Inception) to make sure I catch ever single thing that I was supposed to catch, to a manga where when a character dies, I have a personal crisis. This isn’t the first and this isn’t the last.

When Ulquorria died, I had an apoplectic fit (that is still going on to this day). When Gaara died I sobbed so loudly my mother thought she needed to double my medication (I’m not really on medication…) and when Asuma died…well I don’t want to talk about that dark time in my life. 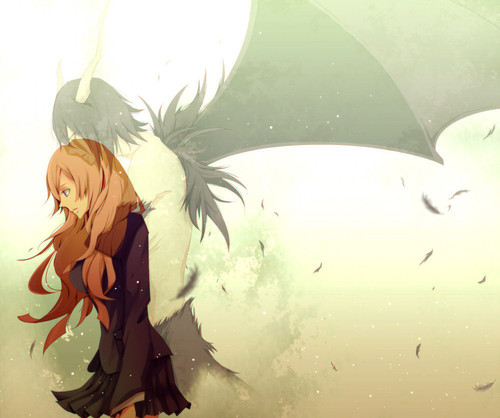 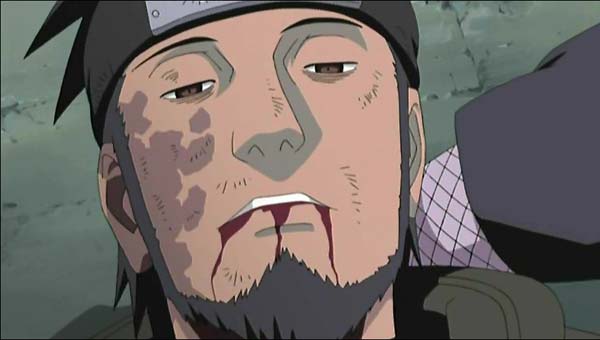 I’m not crazy, and neither are you for being upset that a character has died. You’ve grown with this “person” over a number of years, you know more about their past than you do about some of your friends, and however make believe this “person” is, they’ve had some sort of impact on your life, no matter how small. So that would explain why I witnessed a great portion of Tumblr and and third of Twitter fall to absolute SHAMBLES yesterday at the revelation that Neji Hyūga of the Konaha 11, had died. (And this isn’t an understatement. The Neji tag on Tumblr is an absolute SOB fest.) 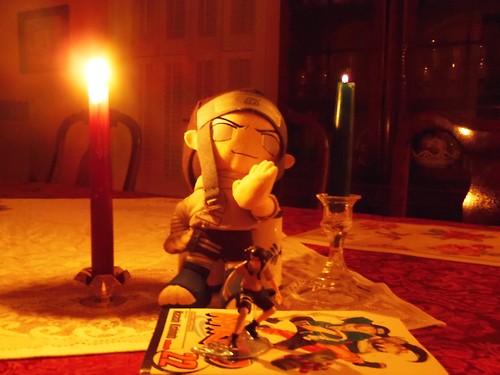 They had good reason to be in pieces, however. Neji was a cool dude. Sure, he was your typical stoic, hard nosed, no nonsense character but we knew he wasn’t being an ass for the hell of being an ass. He had a terrible past (as with EVERYBODY in Naruto) that directly resulted to him believing the way that he did. His theory on fate was interwoven so tightly with his past and culture that you couldn’t blame him for being so stupidly narrow-minded it hurt. But we watched (with help from Naruto because is the supreme catalyst for any sort of personal change in this series) Neji grow. 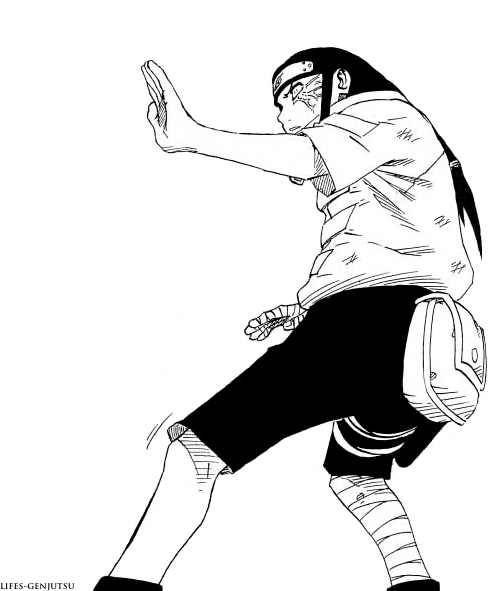 From hating his clan to embracing them, from his pure disdain of Hinata to finally treating her as his family, helping her grow, and teaching her everything he knew. 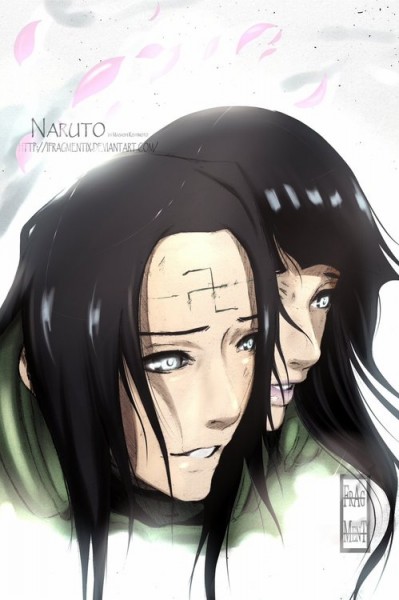 From disregarding his fellow Konaha 11 peers to ultimately believing in team work. 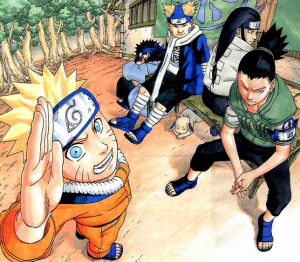 From believing that fate was unchangeable to being in command of his own destiny. Yes, Neji Hyūga, the strongest nin of the Konaha 11 was a cool dude. 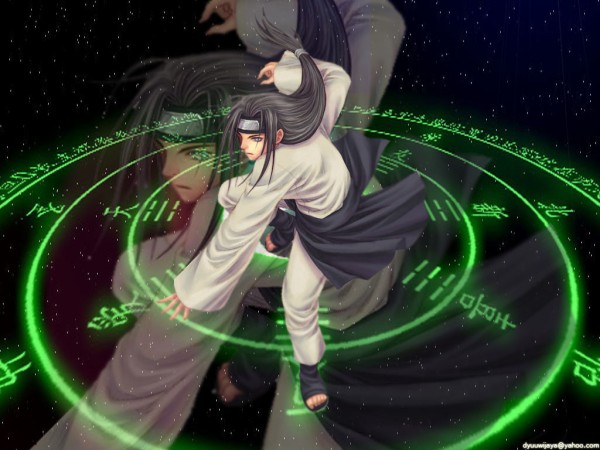 So, now we have it. Shortly after the deaths of Shikaku and Inoichi, where Kishimoto hasn’t even given us proper time to get over their sacrifice, does he take Neji from us. 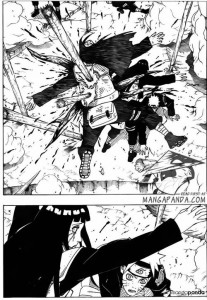 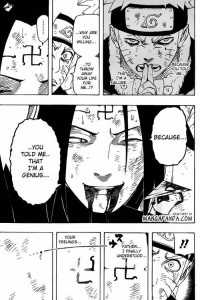 And it was done in such a way that we are sure that those who witnessed it will be traumatized for life, seeing as he became the martyr for the Naru Hina ship. 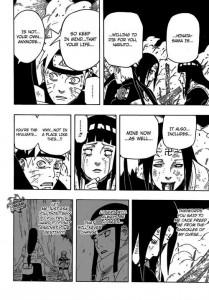 So, this is an ode to one of the coolest, one of the strongest, and one who should not be DEAD. Neji Hyūga. 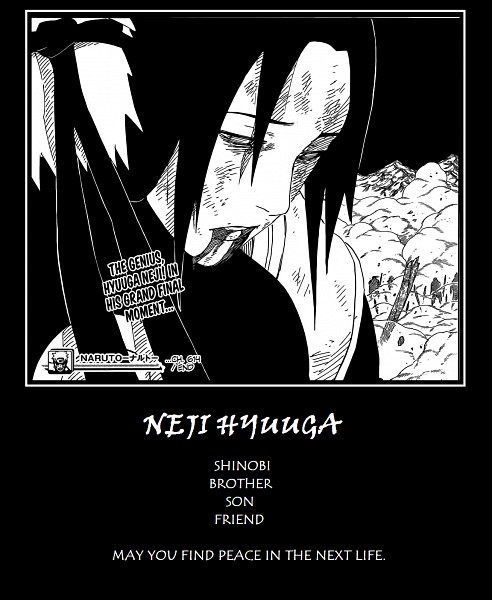