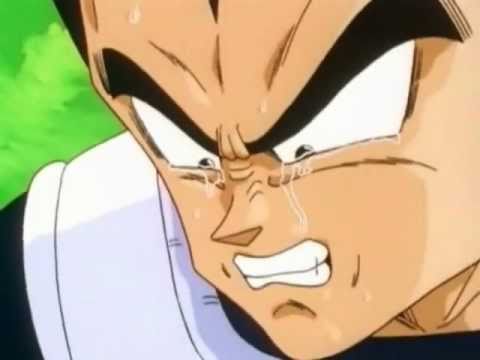 You read the title and you’re infuriated. Well before we start, breathe. Take a second to close your eyes. Open them. Close them again. Now open them. You know whats changed? Nothing. Vegeta is still as wack now as he was 5secs ago. Fight me. He was a hot headed big mouth that only picked on people weaker than he was and cried against the ones that weren’t. I’m fed up. If Vegeta ya favorite character growing up on DBZ, I know for a fact you’re not to be trusted. Snake. Plus ya hairline fucked up. 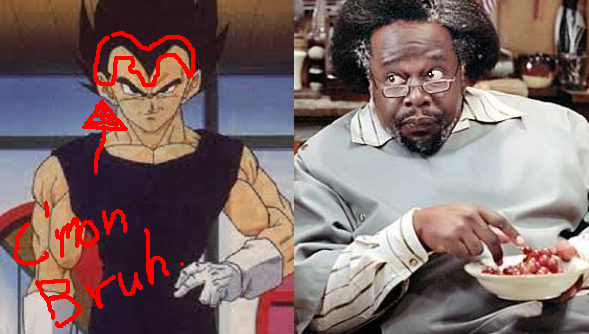 Really? REALLY? That M probably stands for “Must be fuckin kidding me.” Who’s shaping that up? Not Cedric. No really, look at how it just free falls right down the middle. He wants to be the 6 Flags Nitro ride so bad that I’m disgusted. Man if its not one thing with the Prince of all Tear Ducts, it’s another. How can you respect someone who dresses up like the Blue Ranger? (Hint: You can’t.)

P.S. This really happened. I was there.

When he isn’t whimpering about having the TV turned off, he’s getting his arm broken by women. It’s just hanging there like shoes on telephone wires. She didn’t even kick him that hard if we’re being honest. I kick people alot harder for sport. Not once have I heard a complaint. He had a better chance at just crying and hoping to short circuit the androids with his tear fest. Chump.

And when he isn’t doing that, he’s somewhere pissing himself in fear of Legendary Super Saiyans. In front of his own son even. Smh. Meanwhile Gohan out there fighting with Rambo level courage. Look.. I can go on and on, but the bottom line is, ya man’s Vegeta is cold soup in these Z-fighting streets.

2 Responses to “Vegeta was lowkey wack…”