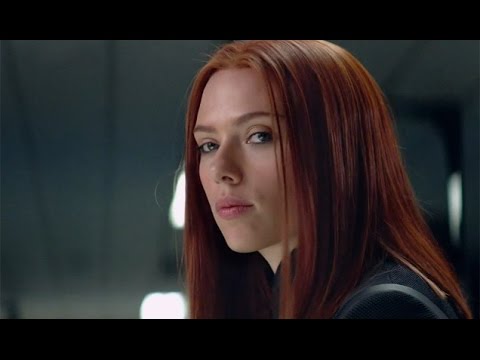 Avengers: Age of Ultron hits theaters worldwide Friday, and judging from many of the trailers, we (ME. I. DENNIS.) can expect a lot of great fight scenes. So I started to think of many of the past fight sequences within the MCU (strictly MCU. Sorry Sony. You too, Fox.) and ranked my favorites. Maybe you agree, maybe you don’t. Feel free to drop yours in the comments below or @ me on twitter. whatever works.

10. Black Widow vs _______
Black Widow isn’t among the Heavyweights on the team (see Hulk & Thor) but she still holds her own. And if we’re keeping it real, they would’ve all been screwed if SHE didn’t get that portal closed in Avengers. Pay your respects.

9. Hulk vs Abomination:
Hulk needs things to smash. For the fight (or movie in general) to really be entertaining, it needs to be an opponent who poses an actual threat to Hulk. In this case, Abomination. While I don’t expect you guys to sit and watch the entire fight, it was still a good one. Certainly good enough to make the list. Seeing Hulk do the soundwave x handclap made it worthwhile for me.

8. Thor vs Hulk
We know how this ends if it kept going. With that said, it’s still fun to see. I would’ve ranked it much higher if we got to see them REALLY go at it. For what it’s worth, great teaser fight.

7. Nick Fury vs Shady Shield Agents:
Of course Cops are trying to kill a bla- ok I’m kidding. While this isn’t a hand to hand fight scene it was still masterfully done. Nick Fury IS the greatest spy in MCU and proves it. Top not decision making, right up until the very end.

6. Thor vs. Malekith
I’m a BIG Thor fan, but the movies never quite did that much for me. This fight was still a great scene. I enjoyed the flipping in between worlds and ofcourse, Mjolnir.

5. The Avengers vs Chitauri:
Just an all around great scene. Every Avengers gets some shine and you get a chance to see what truly makes them great. Coordinated teamwork. From the Tony x Rogers shield blast to the Iron Man x Hawkeye assist to Hulk and Thor taking down the giant worm. Just plain dope.

4. Iron Man vs Killian
Probably my favorite of all the Iron Man movie fights. The suit switches were really dope. Really creative. Although it does make you wonder how strong the extremis soldiers were to rip suits apart yet Thor and Iron Man were evenly matched in Avengers. (Power nerfff.)

3. Daredevil vs Kidnappers (Netflix):
This felt long as hell, but you have to remember, Daredevil is a regular guy. And compared to the other fights listed he’s the ONLY ONE to show ACTUAL fatigue during the fight. You have to appreciate the realism. I hear it was also just one long shot. They did a great job.

2. Thor vs Iron Man
Realistically, Thor should be able to beat Iron Man (atleast at this point.) We’re talking about a God. However, it was pretty cool to see them go at it til the Fun Police shows up.

1. Captain America vs The Winter Soldier (Highway Scene):
Everything about this is awesome. I know all the other fights have over the top powers and cool gadgets but this is great from beginning to end. Just 2 evenly matched up opponents in essentially a fist fight. And that Knife flip mid fight by Bucky is UNDENIABLE.

MARK XLII & Tony Starks vs Miami Henchmen
Another great Iron Man 3 fight. If nothing else, they did a fantastic job with the action scenes in part 3.

Hulk vs Loki
How can you not love The Hulk?