To really cover the action figure, we need to talk about the logo. To do that, we have to start at the beginning. The very beginning.

As you can see, things were a tad rough when the brand got started back in 2010. Sam didn’t have a face. Infact, he didn’t have a name either. Ignoring the rudimentary typeface (Man, that was rough.), Sam lacked an ‘identity’. The overall design was your run of the mill Toy Soldier. It wasn’t until mid 2011 where we finally made it to what you all know today as “Sam Sldrs.”

Fun Fact: Sam Sldrs earned his name due to my love of for alliterations and it being incredibly easy to remember. He was THIS CLOSE to being called Steve. Which, by the way, was almost my actual name at birth. The More You Know.

By this point, there was still no plans for an action figure. The main reason being, well, he had no body nor was he ever shown from any angle other than what’s seen in the logo and various Toy Sldrs products. 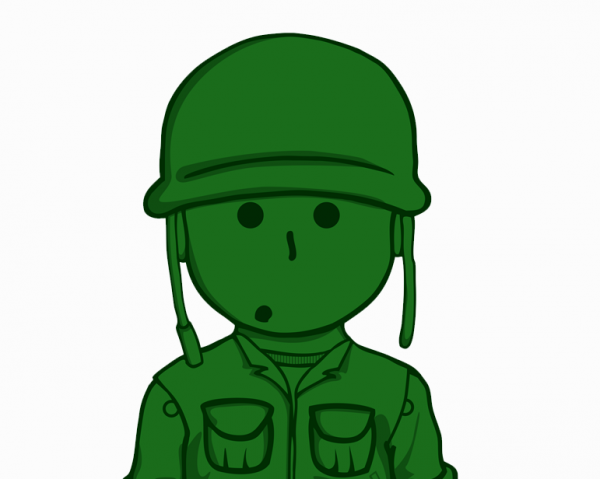 It wasn’t until he was illustrated from head to toe and placed in a Toy Package (The Poster Print can be found here in our Toy Shop) did the idea of an action figure finally come into play. It just felt like the next logical step. A 3D rendering was done and it felt as if he finally “came to life.” It was a Geppetto like moment. 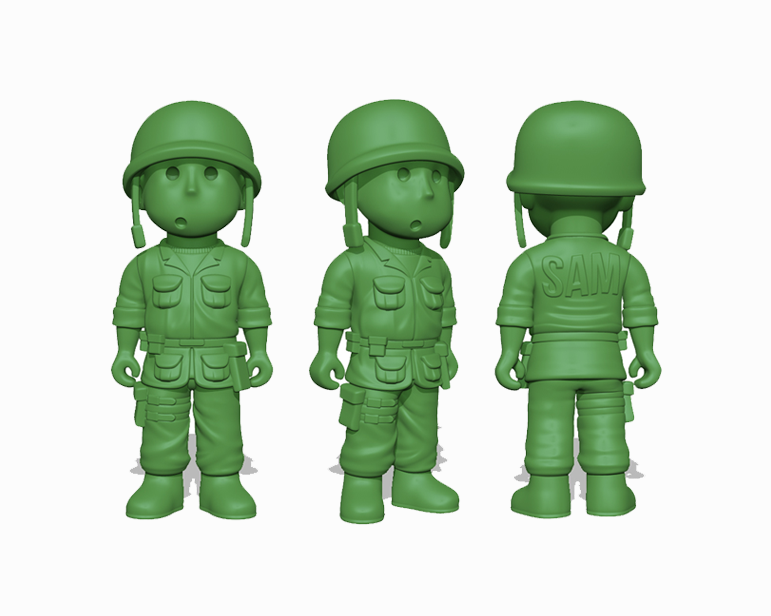 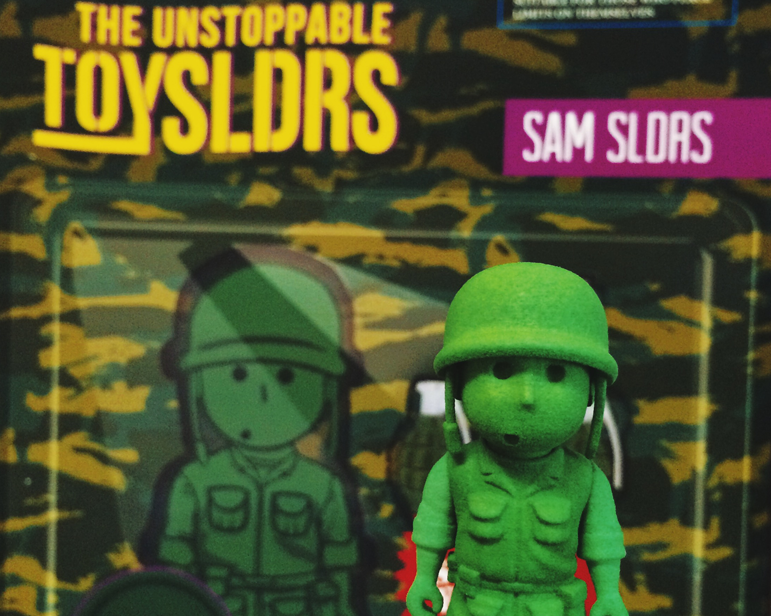 I’ve been a fan of G.I. Joe for as long as I can remember, so when I finally had the opportunity to create an action figure, it was only right to pay homage to my childhood. The G.I. Joe packaging while simple, was always a favorite of mine. I took elements from that packaging and created my own thing. 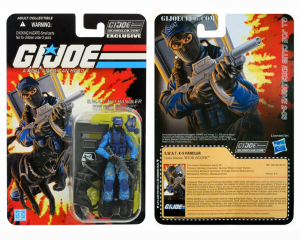 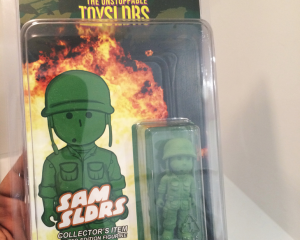 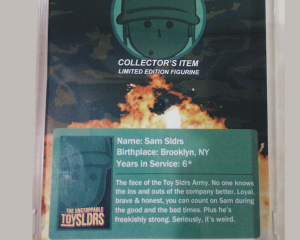 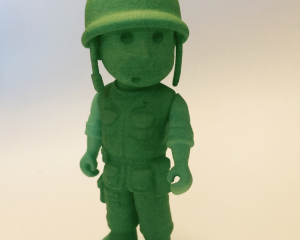 Now you’re probably wondering. “So Dennis, where do you go from here?” Who knows. Reaching the Action Figure mark on my list of company goals was a big one. However, if you think that’s as far as Sam will go, you don’t know me very well…

Needless to say, I’m incredibly proud of how far he’s come (he is after all, my made up son.).  I plan to keep pushing him even further and to all new heights, like all overly aggressive parents do.