Had the opportunity last night to check out my first ever Secret Walls competition over @ The Woods. For those unfamiliar, Secret Walls is basically a 90 minute freestyle art battle. All black and white. No prep or sketching. All done infront of an audience, who at the end, will decide a winner. Wizard Skull (Left Side) & Chris RWK (Right Side) duked it out in an all out battle for world domination. And although neither of them took over the world, they did make some really cool art. Some notable mentions, L’Amour Supreme stopped in and ended up judging the amateur competition. The young lady who won was pretty talented. She left with a case of Public House Wine (who sponsored the event) and an art pad. I think.

PS: Shut up, because Nick Gazin said so. 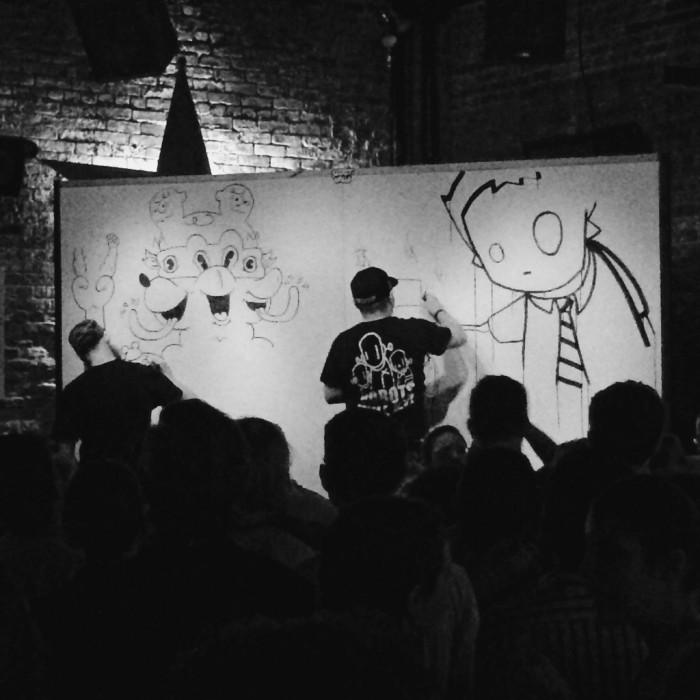 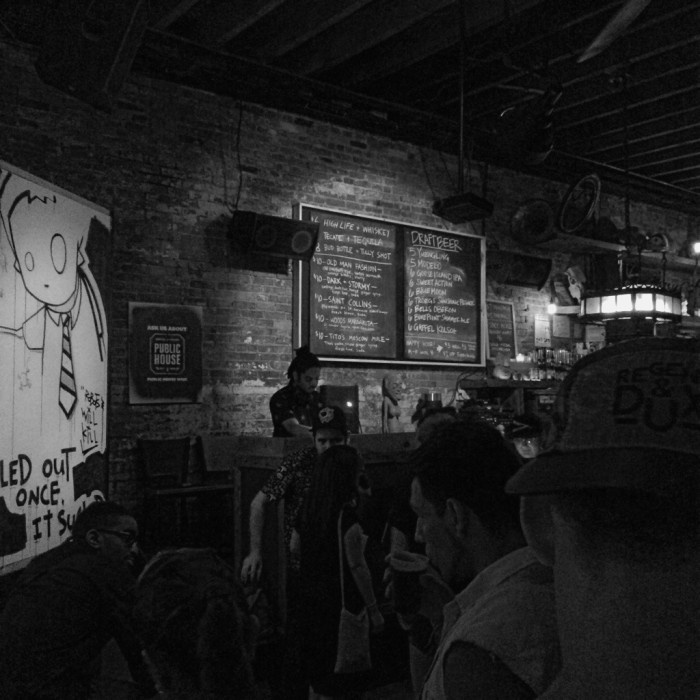 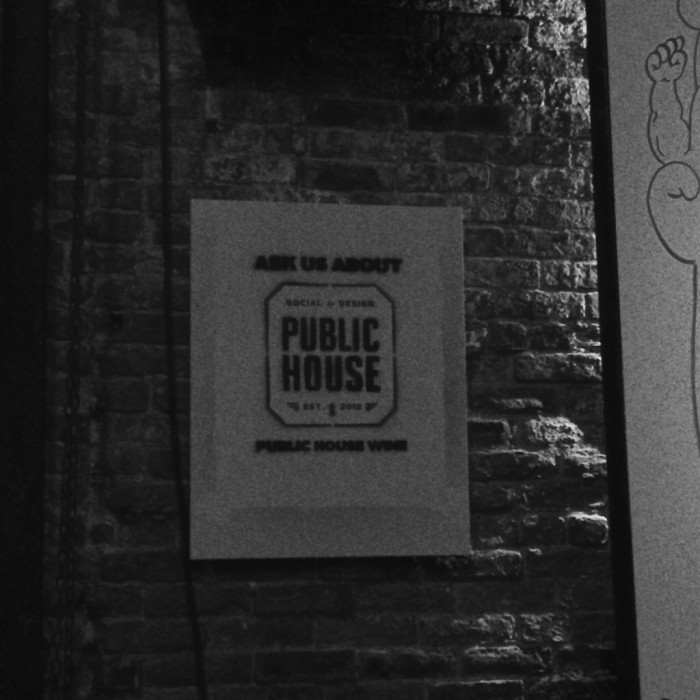 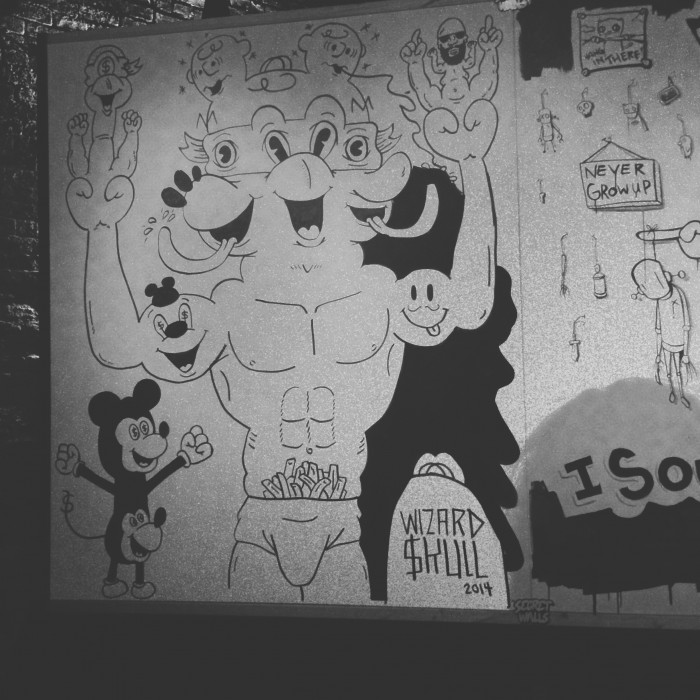 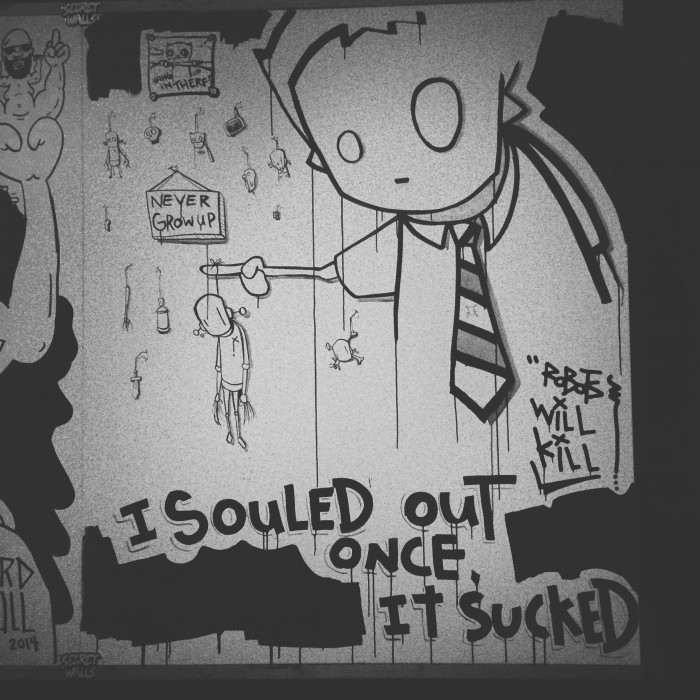 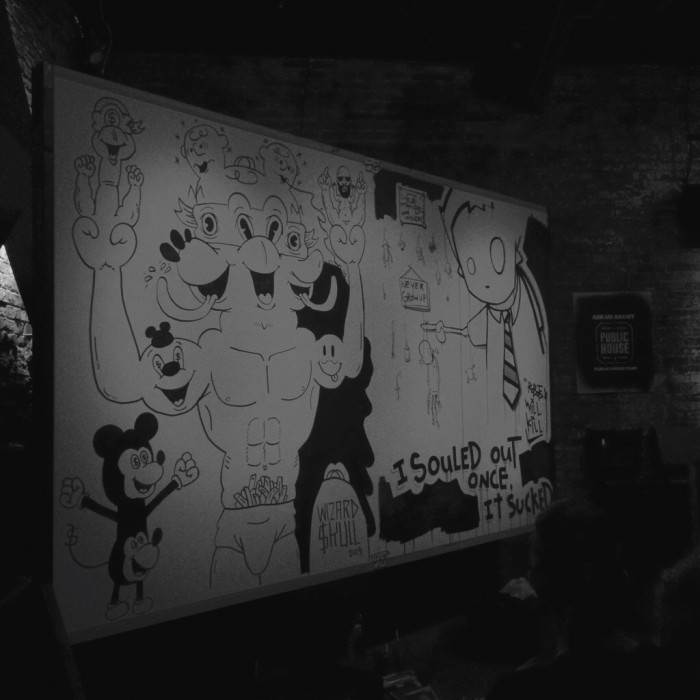 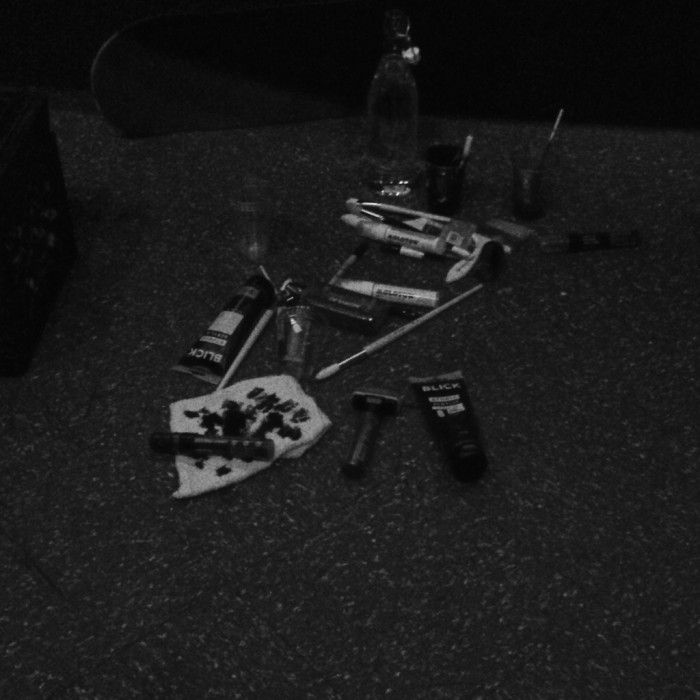