Every woman seriously, without hesitation or boast, believes that she is or at some point in her life desirable to the opposite sex. And I’m not talking just physical looks. If she were to present herself, flaws and all, to her love interest, in today’s society, she’d know he’d at LEAST try to have sex with her. That’s what we consider friend-zone anyway. He will at the very least have sex with me, regardless of any future thoughts of relationships. Mistake.

It is possible for men to want you purely in the friendship aspect. Although RARE, like unicorn and leprechaun rare, it does happen. He has no desire whatsoever to have sex with you, let alone be coupled with you.

It happens and you are left sitting there, frowning at the world, trying to piece together this anomaly of a situation. BUT women don’t actual believe that the conclusion we’ve been handed could be that simple. As stated before, we believe that we are desirable to the opposite sex (even if in some that belief is miniscule, it is still present) for the simple fact that we have a vagina. (Which isn’t all entirely fair to male sex; it reduces them down to sex driven narrow minded pieces of meat sans the ability to make rational decisions without the aid of their penis’s awesomely intelligent judgment.)

So when this happens, what do we do? Mope? Yeah. Muse on the derivatives that could have possibly led us down this hopeless path. Of course. Get angry? YEP, you bet your sweet ass we do. Which leads a lot of us in a deductive state of reasoning that being placed here (in the friend-zone of ALL places) was a mistake, and we have to CORRECT that mistake (because, like I’ve stated, we believe we are ALWAYS desirable to the opposite sex.) We sit back; try to find some clever way of escaping (hookshot hookshot hookshot!!!). What we fail to realize is the friend-zone is a real world parallel to the Water Temple (if you’ve never played Zelda: Ocarina of Time is calling you in breathy whispers). 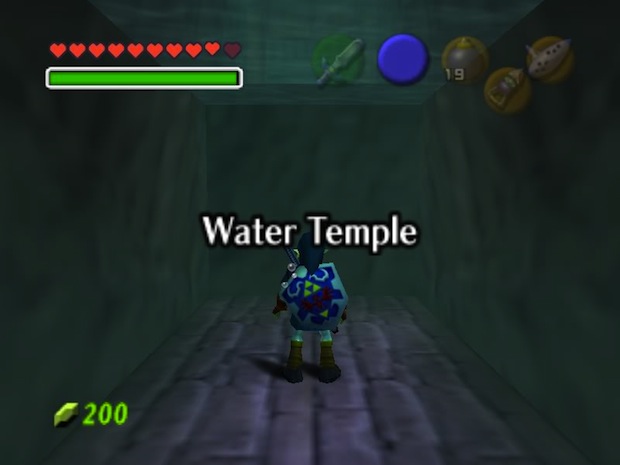 The possibility of escaping that zone, that realm, that level, is close to “hard as fuck”. Not impossible, but I’m sure you’re going to give up, eject the game, and toss the controller before you actually ACHIEVE your goal. You’d know this as fact if you’ve played this game before.

You start off outside of the friend-zone, which we shall call Lake Hyrule. The water is drained in the lake (probably from his last relationship; that bitch sucked him dry.) So you approach him, like he was a shy Epona, hoping to catch a ride, catch his heart (something to that effect, you’ve got glass jars just in case.) He lets you get close (you’re singing your temptress song of mating with your ocarina -read: your cute outfits, your olfactory pleasing perfume; the subtle way you lean into his hugs, how you laugh at his jokes, the advice you give, the food you offer, the warmth you radiate. All that shit). 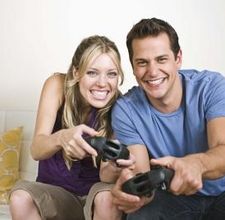 And you’re laying that shit on THICK. You even learned how to hold the controller properly in an effort PWN his ass in Call Of Duty.

And the MOMENT you try to hop on his ass, he bucks and throws you into the water. (Stating, he’s not ready for a relationship, he just wants to be pals, he has a lot of thinking to do, he doesn’t want to hurt you, he genuinely enjoys your friendship.)

This is apocalyptic to a woman because…as I’ve stated before…we TRULY believe we are desirable to the opposite sex. This isn’t a riddle; it’s the paradigm of truth. So as we sit, baffled with our chest wide open, trying to explain to your friends what happened….

You: Yeah, girl…he said it. He enjoyed our friendship.

Them: FRIENDSHIP? Like….friends? Wow. That’s…wow. Well…you can at least have sex with him….

Them: NO SEX? What the fuck did you do?

You: I don’t know. I did that thing with my hair, and I wore that dress and the perfume you let me borrow. I even complimented his graphic novel collection. I-…I don’t KNOW.

You want to give up. You want to take off your tunic, throw Navi into a lake of fire, (because as your best friend she should have SEEN this coming! She’s always coming out the side of her neck with advice, but speechless right now. She’s useless.) and stomp home.

But then you remember. You’re LINK. The Hero(ess) of Time. You can fix this. You’re a woman. 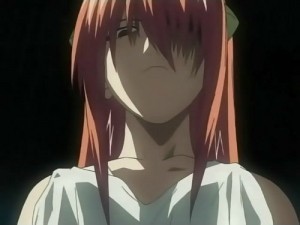 You turn around, put on your Iron Boots (those slick leather booties you got on sale last winter), throw on your Zora Tunic (just enough cleavage to be inciting, nothing too skank) and march RIGHT into the Water Temple (thinking if I can SOLVE this, I’ll come out on the other side victorious).

Not to say that we as women aren’t analytical enough to get out of the Water Temple (because I’ve seen men literally THROW consoles (their sanity) to the ground in an furtive attempt to escape from the Friendship Zone). It’s just that the friendship zone was built for a reason. He wants the RIGHT person to get the water medallion (his heart) and he’d rather have you helping him (Like a Sage of Light) rather than fighting for it yourself (because you’re no Ganon. trust me honey, you’re not.).

There aren’t enough arrows in your bag (late night conversations); your long shot won’t reach his target (stop touching his thigh enticingly like that); you don’t know enough songs on your Ocarina (telling him over and over again how much you guys have in common is just reinforcing the friendship); and your map is leading you in the wrong direction (hit the switch, THEN ride the wave, until you get to the top, not whatever the hell you THINK you’re supposed to do.) 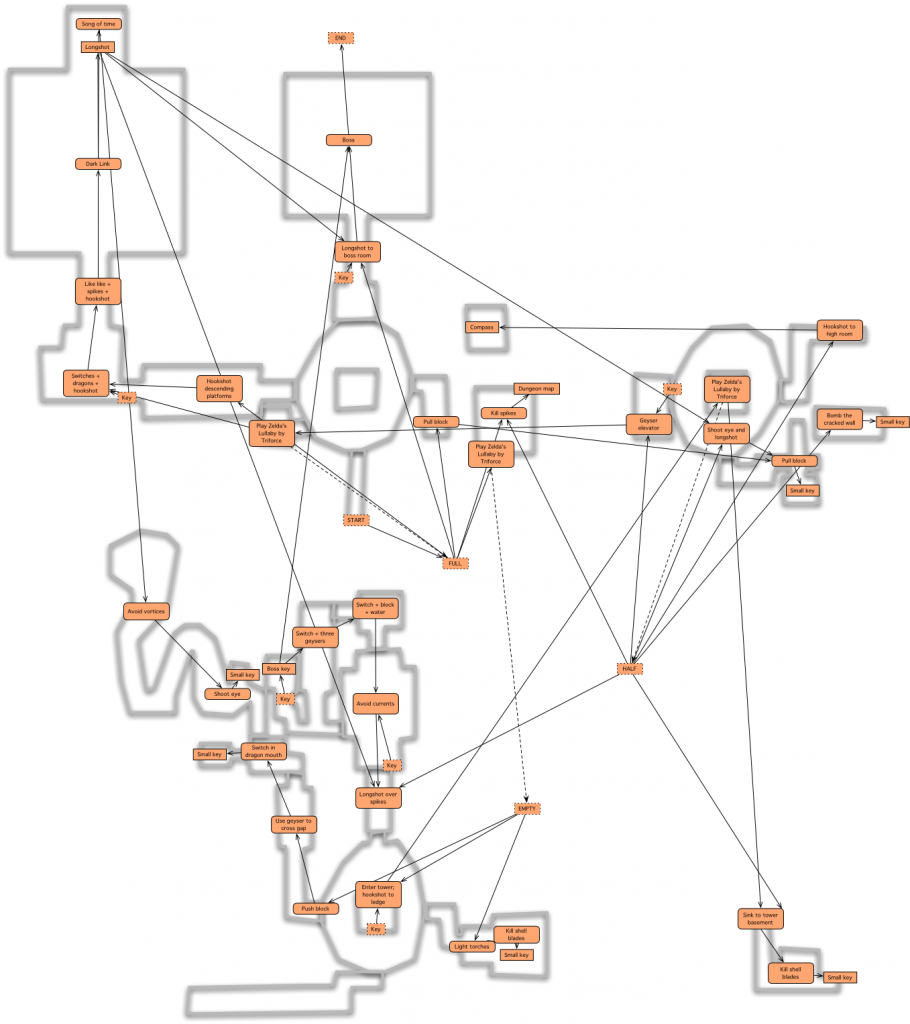 This is literally the walk through to get out of the Water Temple. Apply it to your life. It’s not going to work, is it?

Your hardest enemy in the Water Temple isn’t the boss at the end (Morpha is a sack of shit water enema, and if the walls around his heart are as tough as him and he’s let you in THIS far, you don’t have to worry about being a friend much longer), it’s the simple task of fighting against yourself and your better judgment. When placed in the Water Temple, you’ll have to fight Dark Link (that’s you babe. The ”I’ve just GOT to have him :: Why doesn’t he see we’d be perfect together :: JUST HAVE SEX WITH ME! I can handle a purely physical relationship!-while thinking you can change it into something more-“ you) 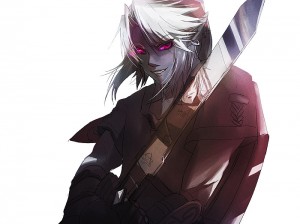 This is you. On drugs.

Every move you make, Dark Link knows it and will counter it.

Dark Link is the you that’s literally YELLING “Hey! You can stop. Respect his decision. There are plenty of fishes in the sea. You’ll be okay.” And you’re just trying your DAMNDEST to get around your OWN mind, to get out. You won’t get out.

RARELY (those who have played know) you’ll get around Dark Link without having to use potions and cheat codes (I don’t know…getting him drunk. Not sure what the desperate do to get out of the Water Temple) and you’ll make your way up to the final boss, slay him and win a spot on his arm. (The Water Medallion was cool.)

BUT, more than likely, you’ll be needing to head the opposite direction OUT of the Water Temple, go back across Hyrule Field, back into Kokiri forest and lick your wounds. (Your friend Saria has a shitload of chick flicks and a cute brother named Mido who grew up to be FIONE, girl.) Just learn your lesson. Although it’s a shock and probably one of the most depressing things you’ll go through as a woman (Shit takes a hold of you like nothing else, man), you’ll know by the time you walk back out into the sunshine and in time greet him like an old friend (because he really IS a cool person) that it isn’t all THAT bad, just extremely embarrassing at first. (Because what are you supposed to do? Hug him? Hi-five him? Shoot finger guns and wink?)