Started from the Summer, now we’re here. The chill in the air will be returning, Twitter Honey’s are scheming, Marvin is writing his Haiku’s, and the loneliness is spreading.

The Game begins again my friends.

The Cuff is upon us and as you may know, it’s all about proper planning, timing and execution. If you’ve been following along all this these years, by now you’d consider yourself more than prepared, but there has been quite a few additions and changes that even you need to look over. For example: Cuffin’ Season usually begins on the first day of Fall. This year, that would’ve been Sunday, September 22nd, 2013. However, this time around we mark the 1st day of Cuffin’ Season with the release of Drake’s album, “Nothing Was The Same”, which takes place Tuesday, September 24th 2013. It’s almost as if he planned it that way.

*Definitions & Brief Explanations of each Phase* 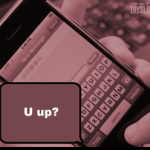 – As @Mr1738 puts it, ‘Draking’, is the act of drinking and caking. Late night text messages, phone calls, DMs, etc. It doesn’t matter, everyone has Draked at some point in time. It usually takes place during lust hours(1am-3am). Once the alcohol flows through your system and you’ve entered that state of lust, all you wanna do is text that one person that immediately comes to mind. What may start off as a

text, immediately becomes “u up?” or “just seeing what you’ve been up to..” We’ve all been there, or in some instances, still are.

– Note: With Labor Day Weekend rapidly approaching, it’s important to know that this will mark the official end to Single Season. If you’ve been following the guides over the years, you know by this time you should have an idea of who your possible prospects are and begin working towards that 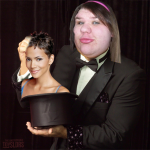 Catfish Magicians:
– In past guides, I’ve ignored this very important detail. As technology continues to advance, more and more people are turning to the internet as an alternative source for finding love. And while on some occasions, it has worked, this isn’t always the case. Towards the end of Labor Day Weekend, keep an eye out for Catfish Magicians.  Masters of illusion and deception, their sole purpose is to lure in unsuspecting victims with lies ranging from physical appearance to even their shared interests. Their only known weakness are video calls.

– Note: Start sending out those Good Morning Texts. With GTA dropping it’s easy to become distracted, but you still need to show you’re interested. Remember, Charles is just WAITING for you to slip up. Don’t let the game keep you out the game.

GTA5/2K/#TwitterHoneyTuesday:
– While you may have luckily escaped the clutches of nearby Catfish Magicians, the infamous ‘I can solve puzzles blindfolded while sweeping, baking, ironing, and dishing off a no look pass from half court’ Twitter Honey’s appear in this year’s Game of Cuffs with a preemptive strike. Due to the major hype around the newest Grand Theft Auto game, you’re sure to see unsuspecting victims fooled by promises from seemingly perfect women wanting to do NOTHING more than purchase a copy for a male love interest.  You won’t be able to get rid of them as easy as last year either. This time around, you’ll be dealing with 2 waves of Twitter Honey’s.

*For a more detailed look at TwitterHoney’s, be sure to view the Cuffin’ 101 video [ Here ]* 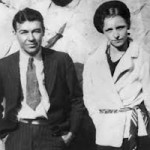 Dirty Macking. Charles & Charlene:
– The Bonnie and Clyde of Haters. With 2 major game releases this season, expect extreme amounts of dirty macking to take place. The term ‘Dirty Macking’ is when someone attempts to woo another person at the expense of putting down a 3rd party. For those not familiar with ‘Charles & Charlene’, their essentially the sneaky ‘other’ person looking to sidetrack your chance at Cuffin’. They’ll do whatever it takes to make you look bad in the eyes of your potential cuff.

“He hasn’t texted you all day? Maybe he isn’t as interested as you think.”
“Grand Theft Auto? The only thing I want to steal, is your heart.”
“He always finds time to play that NBA 2K game. But does he find the same amount of time for you?”

To quote @iDisrespectHoez from last year:
“So you found you a young lady that you see as a perfect match for your cuffing season relationship, you think everything is going smooth when out of no where Charles shows up ready to ruin everything that you had going for you. Charles maybe her ex boyfriend or just some random dude from work, he heard you are in the picture and he wanted to make sure no one takes his old girl. “ 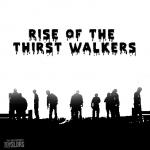 Rise of the Thirst Walkers:
– Notice that chill in the air?

As the temperature begins to change, expect the thirst to change with it gradually becoming worse as the weeks pass. Thirst Walkers at one point were no different than you or I. Now blinded by their lust, expect for them to show up in inboxes, DMs, and especially IG Comments. Don’t believe it? See for yourself. And its only going to get worse:

SadderDay / Super Sadderday:
If you aren’t familiar with the term Sadderday, to sum it up, it’s the 1 day of the week where it’s okay to be sad. Frankly about anything. In terms of Cuffin’ Season, it’s more than likely most of your sadness will stem from the lack of companionship. Creator of ‘SadderDay’ Sad Pitt himself, BBillions, shares his thoughts:

– “With cold weather and a new drake approaching you know what time of the year it is, goodbye to all ya summer flings, no more pointless flirting with twitter honeys who live 1000 miles away… Time to start narrowing down ya choices to about 2 or 3 girls by process of elimination until you arrive at the 1 you gonna shack up with for the rest if the winter. Don’t wait till it’s too late and all the good girls get chosen up and you left with plan B or should I say plan X smh. Last year between playing 2k all day and trying to weigh my options, I ended up late November with nobody to cuff and ended up trying to beg my Ex to take me back for about 2 months. Worst Cuffing Season in history! I’m surely learning from my mistakes this year and gonna play it safe and get me a good girl before late Oct early Nov!” – @Bbillions

Love Lockdown. Seal The Deal:
– If you’ve been following all the pointers and have avoided all the dangers up until this point, enjoy your moment. Not for too long however, because with Thirst Walkers still lurking, you need to wrap things up and secure your win. “I really like you and well..” “How do you feel about making this official..” “I don’t want to talk to anyone else..”  However you decide to cross that finish line is up to you.

Bane’s Labyrinth aka The Friendzone:
– To the victor goes the spoiled. If you did everything correctly and sealed the deal, this is where your foes will end up spending the remaining cold months attempting to climb out to no avail. As you cuddle with your new boo, take a moment to lay quietly. If you listen carefully, you’ll hear the cries from those locked away in the friendzone.

For those of you who failed and ended up here, welcome to hell. The ghoulish yells from the fallen Thirst Walkers, Twitter Honey’s, Catfish Magicians, etc all resonate from here.

Marvin’s Moment:
– This is where desperation, loneliness, cold weather, lust and drake lyrics combine like Planeteer rings to form what is better known as ‘Marvin’s Week’ & ‘Marvin’s Aftermath’. Did everything go wrong this cuffin season for you? Screw it. Text someone anyway. Call them. Drown your sorrow’s. It’s okay to be sad. In the Game of Cuffs, there’s winners and losers. This round unfortunately just wasn’t for you. Hopefully you learn from your mistakes and keep these lessons with you for next time.

As The Games Conclude…

Well, seems as if my job is done here. Read the guide. A few times if necessary. Study it. Print it out if you have to because no one wants to be the guy in the blue shirt.

No one. Winter IS Coming. Don’t say I didn’t warn you. 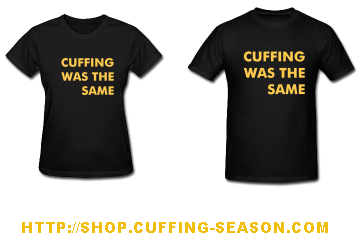 Check out the Official Cuffing Season store ( http://Shop.Cuffing-Season.com ) and visit BBillions Sadderday shop and cop a tee too.