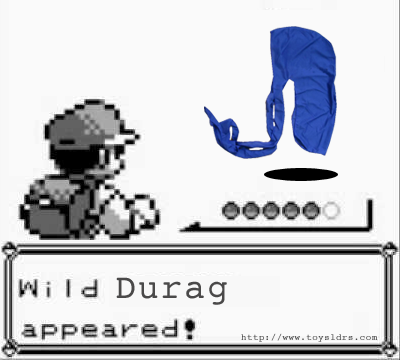 I can’t begin to stress how important this is. Durag capes mixed with warm weather have claimed more lives than AIDS, gang violence, police brutality and overall bad health combined. While this blog can’t promise to keep you safe, it will however, keep you informed. Each type of durag has been carefully broken down by abilties and overall fighting power, similar to Pokemon. But unlike those creatures, the only thing you can catch messing with these will most likely be a bullet. 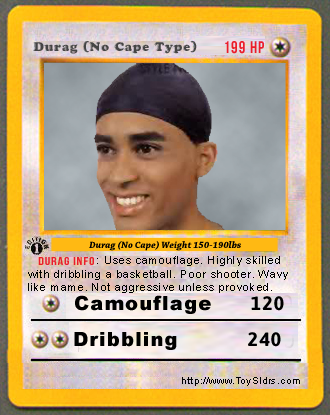 1. Durag, no cape.
– This stylish young man is no threat to you or anyone you love. His whole steez is either to wear it to match his outfit, play ball at the rucker, or keep his waves intact. Or all of the above. You can rest easy if you ever encounter him. 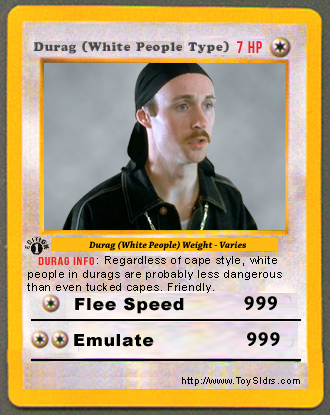 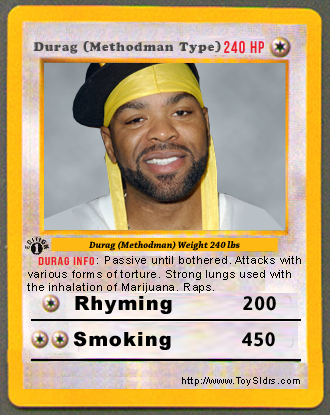 3. Durag, cape, strings hang.
– Method Man. Really, no one else wears their durag like this other than Meth. So if you happen to meet him, you’re cool. He’ll probably be high anyway. Just don’t aggravate him or you’ll be left kneeling in staircase piss. 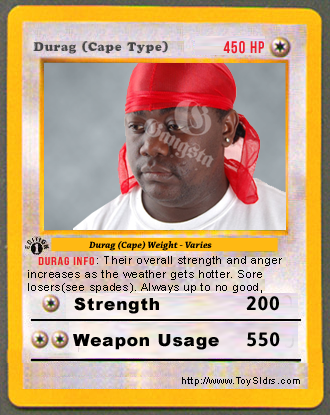 4. Durag cape
– Of all the Durag types, these are alot more dangerous than they are given credit for. Similar to Superman, they draw strength from the sun. As the temperature increases, the lower their patience gets. Only way to relieve their stress is through various acts of unnecessary violence. (Losing in cards, dominos, pick up games etc.) Most commonly found on stoops, or infront of a Playstation/Xbox. Known to roam train stations at random hours. Tend to run in packs the later it gets. Stay alert at all times. 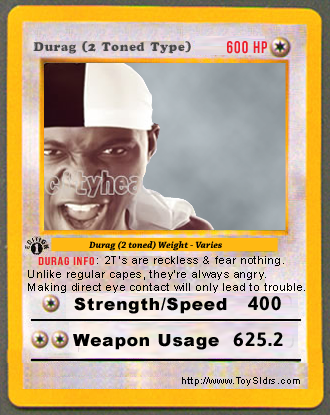 5. 2 Toned Durag, cape.
– A slightly faster, stronger, angrier version of the cape type. The 2 colors serves as a warning for all to stay away. I advise you to listen. 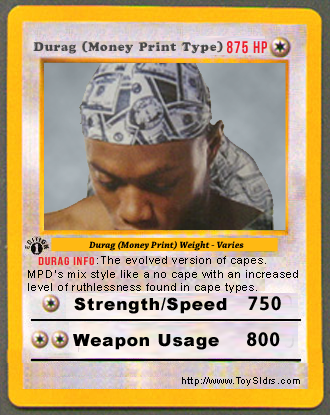 6. Money Print Durag; Any style.
– A fully evolved cape. Masterful in both strategy and weapon usage. Very cunning. Possibly the fastest of all cape types. Combined with its strength, makes it one of the most formidable and deadly durag types known to man. If you get into an argument with one, just agree that you’re wrong and mellow out the situation before things get out of control. 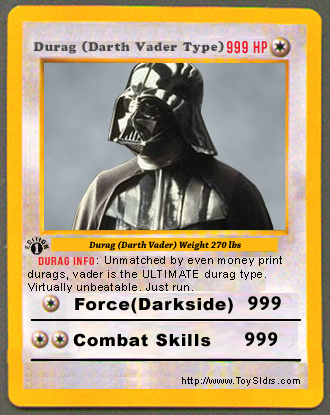 7. Helmet Durag
– If you’re lucky you’ll never encounter this type. If all the other durag types could combine like Voltron, they would form Darth Vader. He took his durag a step further by having it turned into a helmet. There are no strings. No line to even out in the middle. The cape doesn’t flap in the wind. Its all business. Bad business. (For you.) Avoid at all costs.

4 Responses to “How To: Spot Different Durag Types & Their Danger Levels”