Scar dies. Rico is sent to prison. The Iceland team in the Mighty Ducks lose. Drago is defeated. Hell, even Jenny from Forrest Gump gets aids and passes away. But Rose? ROSE? No, that bitch gets to live out her entire life well into her 80s (90s? 100?)

She meets Jack, the poor commoner on board the Titanic. Within a 3 day span a ‘romance’ builds and Rose is throwing the pussy at him 90mph like Randy Johnson at the mound in the bottom of the 9th. Oh did I mention she was engaged this entire time?? Trife. I still can’t quite figure out why people call his a love story? What love b?

Lets keep it funky. Rose was engaged to marry Caledon Hockley and got some side dick while on the cruise. The ship crashes, which by the way, I’m sure it was meant to kill JUST her. Jack gets hold of some debri for them to float on in order to live. This technically makes 2 times he saved her life. (She attempted suicide earlier in the film)

She fake likes him and if they both make it back to land, everyone would know she was a 2 timing ho. Here lies the problem. To keep her lil affair hidden, she lets him die in the water and kept that shit a secret for the majority of her existence. She goes on to live an awesome life with a *new* husband, kids, and even grandkids. And who does she finally tell her story to? A fuckin 10 year old who won’t remember that shit after the next episode of Pokemon smh. The fact Poseidon didn’t throw a trident into that raft before she could make it back to land is a mystery to me. Maybe she fucked him too, who knows.

What I do know is you’re wild foul, Rose. 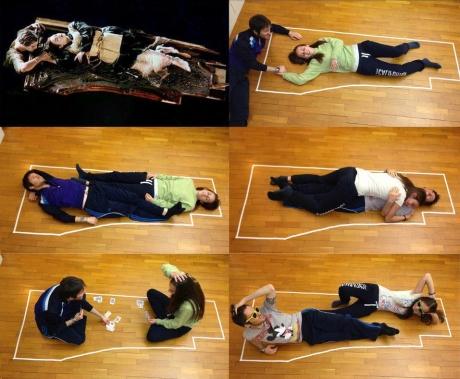